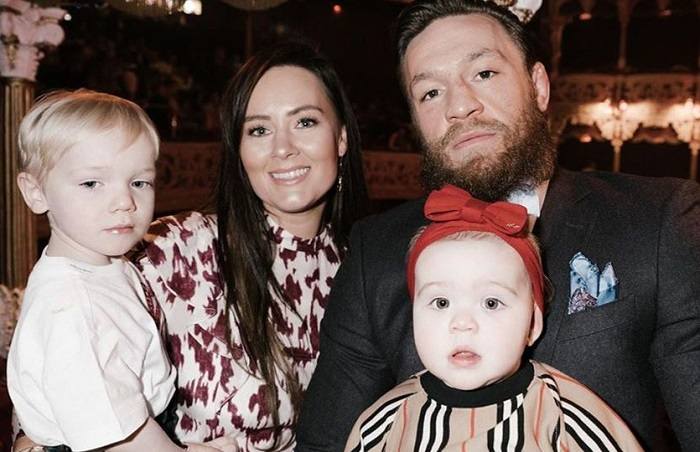 Conor McGregor Kids: All We Know About McGregor’s Children

Conor McGregor is a former UFC featherweight and lightweight double-champion. More than his MMA success story, his relationship with his fiance has been always highlighted. McGregor has two Kids with longtime girlfriend Dee Devlin.

Dee Devlin is an Irish girl from Walkinstown in Dublin, Ireland, who used to reside in McGregor’s neighbourhood. She currently works as a financial manager for Conor McGregor.

McGregor and his wife Dee Devlin have been together for 14 years. The couple knew each other beforehand as they had mutual friends but the first time they spoke was at a nightclub in 2008. When Mcgregor was just 19 years old, recently quit his plumber’s job and was on his way to becoming an MMA fighter.

Dee Devlin was born in the year 1987. She grew up with her sisters, Cathy and Sarah, and she was not really engaged in school. She dropped out of high school at the age of 15 and began doing various jobs around town.

McGregor told in an interview that he wants to be financially stable before having kids. A year later that he announced that the couple were expecting their firstborn.

McGregor is a father of three kids, Devlin recently gave birth to the youngest child Rian McGregor. Former UFC double champion Conor McGregor recently posted on Instagram an announcement of the birth of his third kid Rian McGregor with his fiancée Dee Devlin.

Conor McGregor and Dee Devlin already have two kids, Conor Junior’s four-year-old boy and Croia’s two-year-old daughter. The father of the three broke the news with an amazing pic of his new kid on social media.

Although McGregor thanked “God” for everything, he disclosed that Devlin and Rian are both healthy and good at it.

The couples first child Conor Jack McGregor (Conor Jr.) was born in May 2017. Then, in January 2019, the couple was blessed with a daughter. The kid was called Croia, a traditional Irish word, meaning ‘the heart’ also ‘the little heart.’