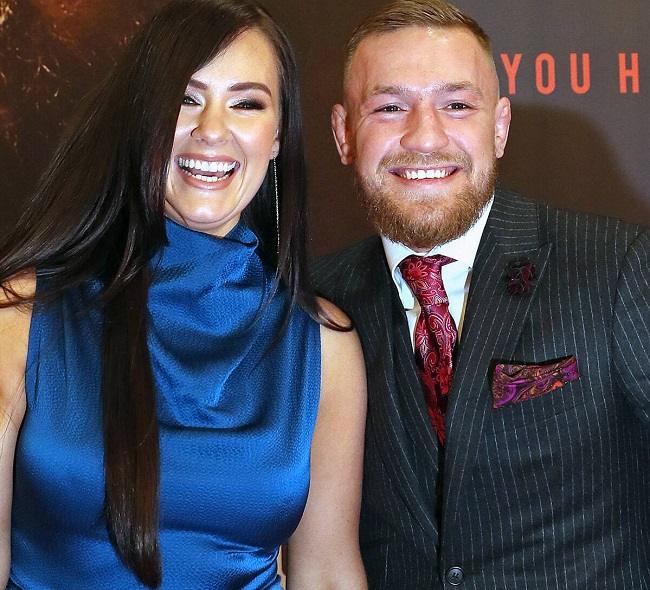 With rising fame, McGregor linked with many rumour girls but nothing was officially confirmed. Notorious is loyal towards his longtime girlfriend Dee and expected to get married soon.

Who is McGregor’s Wife, Dee Devlin?

Born on August 9, 1987, in Dublin, Dee Devlin spent her childhood with sisters, Sarah and Cathy. When she was 15 years old, she dropped out of school and before meeting McGregor, he struggled with various jobs throughout her career.

Dee Devlin is famous for being the girlfriend of Mixed Martial Artist and UFC superstar Conor McGregor. She manages McGregor’s finances and fights.

She was also awarded the ‘Most Stylish Newcomer Award’ at the VIP Peter Mark Style Awards in Dublin, Ireland in 2016.

How did McGregor meet his future wife

In 2008, when he was 19 years old, Conor McGregor met Dee Devlin in Dublin’s nightclub. McGregor said he believed Dee Devlin was a great girl and would want to connect with her when he has spoken to VIP magazines in 2013.

When Interviewed Devlin, she said the same thing that there was an instant attraction to McGregor.

She said: “I suppose it was! He’s very funny – he always keeps me entertained and makes me laugh.”

Throughout his MMA career, Dee Devlin was always on Conor McGregor’s side and she now manages his company too.

Conor made history in UFC 2015, after defeating Eddie Alvarez at Madison Square Garden. He became the first fighter to hold two championships at the moment.

But his statement after the match completely overshadowed the victory when he disclosed that Dee was pregnant with their child. The joyful dad announced that in May 2017 they will be parents.

Currently, McGregor and his fiancee are blessed with two children’s Conor Jack McGregor and Crois McGregor. And Sometime soon, they expect a third kid.

READ: Every Conor McGregor Tattoo and their Meanings

What is Dee Devlin Worth?

She is part of Conor McGregor’s management team and earns quite a good salary from the job for a living. According to reports, Dee Devlin’s net worth is around $20 million.

Although Conor McGregor has always said he was a happily committed man, it has been rumoured that he dated Rita Ora back in 2017. Conor McGregor and Rita Ora met at an event in 2017 that drew a lot of attention from the press.

Rita Ora’s social media posts were regularly used to highlight the pairing. She once shared an Instagram post captioning “Date Night” with McGregor.

But rumours remained rumours, as neither Conor McGregor nor Rita Ora said anything likely to support the link between them.