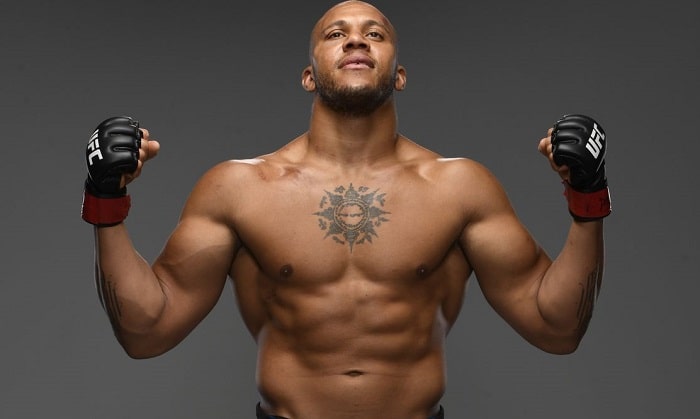 UFC heavyweight fighter Cyril Gane is a French international and ranked #3 in the UFC heavyweight rankings. The 31-year-old made his professional debut in 2018 only. He will fight for the UFC interim heavyweight title against Derrick Lewis in such a short span at UFC 265. The Frenchman earns a handsome amount of money for UFC. Ciryl Gane is one of the popular fighters in the UFC, and here’s everything you need to know about the fighter, including Gane’s net worth, salary, endorsements, career and more.

Cyril Gane Net Worth and Salary

According to the reports, the net worth of Cyril Gane is approximately $1 million. He earns mainly through competing in the Ultimate Fighting Championship.

Cyril earned $84,000 for his debut fight in UFC against the former UFC heavyweight champion, Junior dos Santos. In the year 2021, he got the highest fight purse of $105,000 for his fight against Rozenstruik.

The Frenchman was born on 12th April 1990. As a child, he used to play football and basketball. While he was working as a salesman in a furniture shop, one of his friends introduced him to Muay Thai.

After years of practice, he made his Muay Thai professional debut in 2016. He won the Muay Thai heavyweight title and moved to MMA in 2018.

He joined Canadian MMA Promotion TKO and won the vacant heavyweight title. Gane successfully defended the title before moving to UFC in 2019. The 31-year-old made his UFC debut on 10 August 2019 at UFC Fight Night: Shevchenko vs Carmouche 2 against Raphael Pessoa. In his second fight, he defeated Don’Tale Mayes and won the performer of the night award.

Cyril Gane has won all six fights in the UFC. Gane has been undefeated in professional mixed martial arts. He has a perfect professional record of 9-0. Out of his 9 wins, 3 are knockout wins.

Cryil has won 3 fights, each via submission and decision. In his 7th fight, he will face Derrick Lewis for the UFC interim heavyweight title at UFC 265 on 7th August 2021. He would be aiming to maintain the perfect record and get his hands on the heavyweight title.

Disclaimer: All the facts and figures about Ciryl Gane net worth and earnings are based on the analysis, research and reports released by trusted sources.