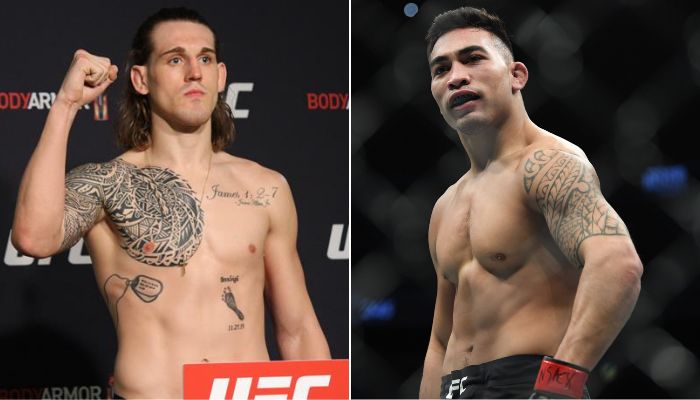 Brendan Allen to fight Puna Soriano on July 24, 2022 at UFC Fight Night as UFC middleweight Anthony Hernandez is out of his bout against Soriano due to a hand injury.

The original fight between Hernandez and Soriano won’t be made any time soon. The report of Hernandez’s exit from the June 26 bout was first reported by MMA journalist James Lynch.

The match scheduled for a UFC Fight Night card set for June 26, was the encounter between the two. In the first match, it was Soriano who was forced to withdraw, leading to the original cancellation. The second booking is, however, not confirmed by the  UFC.

Hernandez gained a victory over Brazilian Jiu-Jitsu ace Rodolfo Vieira in his last fight. Vieira, who was undefeated in MMA, and had won multiple  ADCC world championships.  However, Anthony Hernandez stunned everyone.  And at 8-2, Anthony Hernandez has suffered a couple of setbacks, only falling to star middleweight Kevin Holland.

Allen is an LFA middleweight champion and has won eight of his past nine. After only losing to Sean Strickland for his first UFC loss in November, he rebounded with a first-round ankle lock submission of Karl Roberson at UFC 261 in April.

Soriano who is undefeated has punched his ticket to the UFC on Dana White’s Contender Series, and now he has a hot start in the octagon. Now both Brendan Allen vs Puna Soriano fight is set for July 24, 2022.

Soriano is a spectacular finisher, he has finished 7 of his eight fights in the first round. Meanwhile, he won the 8th fight via a unanimous decision against Jamie Pickett.

While Allen is more of a submission specialist and has got 9 submission wins in his record. Allen also has five knockouts, and thus it cannot be said that the fight will go as long as it should be.