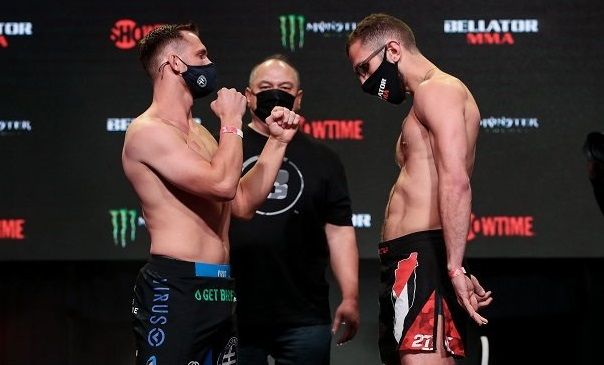 Bellator 258 Archuleta vs Pettis Salaries: Who are top earners

The Bellator 258 is all set for another action-packed weekend as reigning bantamweight champion Juan Archuleta will defend his title for the first time against Sergio Pettis. The event will take place at the Mohegan Sun Arena in Uncasville, Connecticut. The event will also feature a fight between Anthony Johnson vs Jose Augusto for the Light Heavyweight World Grand Prix tournament. Bellator 258 Archuleta vs Pettis purse payouts is based on the fighters contract with the Bellator and PPV Sales.

The Bellator 258 is headlined by bantamweight champion Juan Archuleta (25-2, 11 KOs) who won the championship defeating Patrick at Bellator 246. He will be defending his title for the first time against second-ranking Sergio Pettis (20-5, 3 KOs).

The salary of every fighter at Bellator 258 is based on their current contract deal with the promotion. According to reports, Juan Archuleta pocket guaranteed purse payout of $250,000 while his opponent to earn guaranteed money of $100,000. Anthony Johnson is reportedly to receive a guaranteed purse of $60,000 but there will no winning bonuses for all three fighters.

Disclaimer: All the facts and figures about Bellator 258 Archuleta vs Pettis purse payouts is only an estimate, not official data. All the information are based on the analysis, research and reports released by the trusted sources.