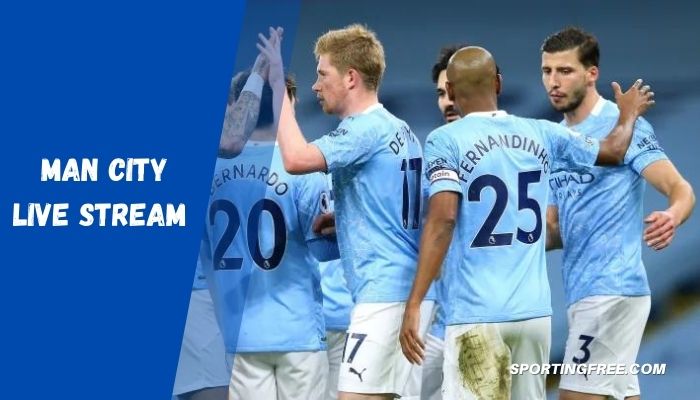 Premier League reigning champions Manchester City will kickstart the new campaign in the month of August. Pep Guardiola will be aiming for the club’s first trophy of 2021/22 season as Manchester City will face Leicester in the Community Shield match. Man City enter into the new season on the back of a glorious 2020 campaign. The best ways to watch Manchester City live streaming 2021/22 fixture online are through subscribing to all the respective broadcasters.

The main focus of the defending champions would be to retain their Premier League title in the 2021-22 season. The only trophy absent from Manchester City’s cabinet is the Champions League trophy, and Guardiola will consider achieving that feat as his highest priority for the season. Fans can watch the Man City live streaming games exclusively on CITY+ using the smartTV, web and phone.

The Pre-season games of Manchester City are available on the CITY+ with a paid subscription that will give you access to City’s every match at a price of £1.99 a month. Manchester City will play in the Premier League, UEFA Champions League, FA Cup, the EFL Cup, and the Community Shield in the 2021-22 season.

NBC Sports, Peacock and Telemundo Deportes channels will show the Premier League matches in the USA. NBC is the official broadcaster for the Manchester City live stream Premier League games. NBC streaming service, Peacock subscription will cost around $4.99 a month that offers a 7-day trial.

Football fans can watch Man City live telecast of Premier League matches in India on the Star sports network. The matches can be live-streamed on Disney+ Hotstar in India.

Optus Sports holds the Manchester City live coverage right of all the Premier League games in Australia. Fans can stream the games by downloading the Optus Sport app on their mobile, PC, Macbook or tablet, as well as on streaming devices that includes Fetch TV, Chromecast or Apple TV. Optus Sport service coast AUS$15 per month.

Manchester City will enter into the 2021/22 season with a few changes to the squad. The team will be without their record goalscorer and Legend Sergio Aguero, who has joined Barcelona.

Gabriel Jesus will now lead City’s attack alongside youngster Ferran Torres, and the two forwards will share the goalscoring responsibility of the club besides Raheem Sterling.

Fernandinho will captain Manchester City in the 2021-22 season, while Kevin de Bruyne and Raheem Sterling will deputize in his absence.

Ederson will continue playing between the sticks for Manchester City, while Zack Steffen will be his understudy.

De Bruyne, Sterling, Foden and Gundogan will be the most crucial City players for the upcoming season.