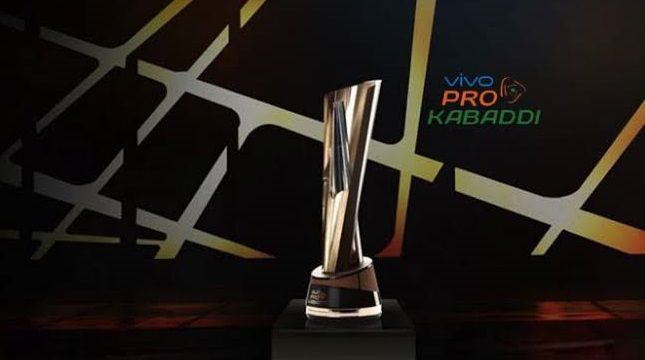 The stage for the playoffs of the seventh season of the Pro Kabaddi League 2019 is set and the officials have announced Pro Kabaddi 2019 Prize Money. What awaits now is now intense battles on the turf. All the teams will now give it all to win the prestigious title. The playoffs will take place at the TransStadia Arena, Ahmedabad from 14th October. The six teams that have qualified for the playoffs are: Shortly before the playoffs begin, the Pro Kabaddi has announced consolidated prize money of Rs.8 crore for this season. The champions will have a purse of Rs.3 crore after the final of the seventh season on 19th October. Pro Kabaddi Season 7 offers consolidated prize money that is at par with prominent leagues with teams and players competing for glory and an attractive prize pool. All the teams qualifying for the Playoffs are assured of some prize money, with the champions to bag Rs.3 crore as the Pro Kabaddi 2019 Prize Money.

The PKL 2019 playoffs are set to begin on October 14 and the final will be played on October 19. Of the top six teams that have qualified for the playoffs, two teams – Dabang Delhi and Bengal Warriors – get direct entry to the semifinals, as they led the the PKL 2019 pointstable. The other four teams – U Mumba, Haryana Steelers, UP Yoddha and Bengaluru Bulls- will play the eliminator round and the winners will play the semifinals, which will be hosted at Eka Arena by TransStadia, Ahmedabad.

For an in-depth analysis of the playoff teams’ run of form, click here.