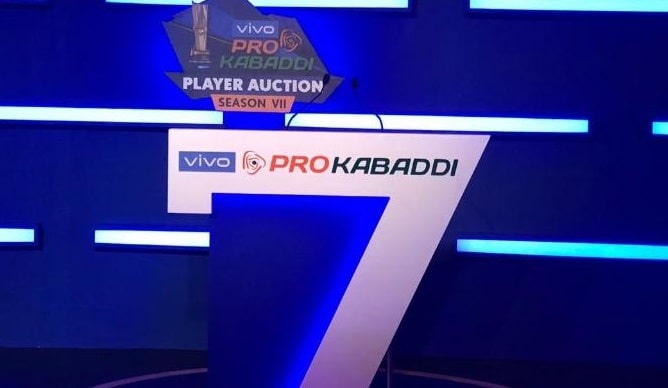 More than 450 players will be eligible and feature at the auction of Pro Kabaddi season 8. These will include released players, kabaddi players from the domestic level, those coming through the New Young Players (NYP) programme, top eight ranked teams of the senior national kabaddi championships of the last two seasons Overseas players.

2023 Pro Kabaddi Auction players will be categorized into – Domestic, New Young Players (NYP) and Overseas players. The players will feature under their positions, i.e. raider, defender or all-rounder.

Pro Kabaddi League 2023 Squads: Full Players List of All the…

2023 Pro Kabaddi League player auction pool is divided into four categories- A, B, C, D. The players will have a base price according to the category they fit in.

Pro Kabaddi League 2023 teams will have a prize purse of ₹4.4 crores for buying players. The salary of a player will be determined based on his bidding price. If a team has more retentions, the purse will be smaller for that team.

Disney+ Hotstar will provide the online PKL2023 live stream of the auction.