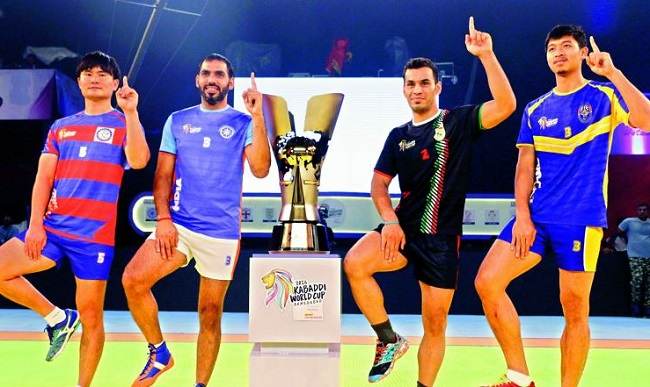 Kabaddi is one of the few sports which actually originated by Indians and in India, unlike cricket or other sport which were originated in India, but by the Britishers. Kabaddi is said to be inscribed in Vedas but formally the game was institutionalized in the 1920s, Kabaddi was first played in the 1938 Indian Olympics. Talking about Indian Olympics, and India being the country to popularise the sport. This article will provide you with a list of Kabaddi World Cup winners and runners up list.

The International Kabaddi Federation was established in 2004 and to date, 31 countries have registered themselves under the federation, hence the sport isn’t much popular except in India and surrounding neighbours.

Kabaddi is played into 2 styles, thus there are 2 types of World Cups in Kabaddi. The list of both styles of play in Kabaddi is as follows.

The Kabaddi World Cup (Standard Style) is the most common style of Kabaddi which is followed around the world, The standard style format is played on a rectangular court indoors.

Pro Kabaddi League 2023 Squads: Full Players List of All the…

The standard style world Cup falls under IKF, and the World Cup was inaugurated back in 2004. To date, just 3 World Cups have taken place and India has won all of them. The list of winners of all the World Cup editions is as follows.

The game is played in a circular field and that too takes place outdoor, unlike standard style. The circular style has seen 5 editions of the World Cup and the list of winners is as follows.