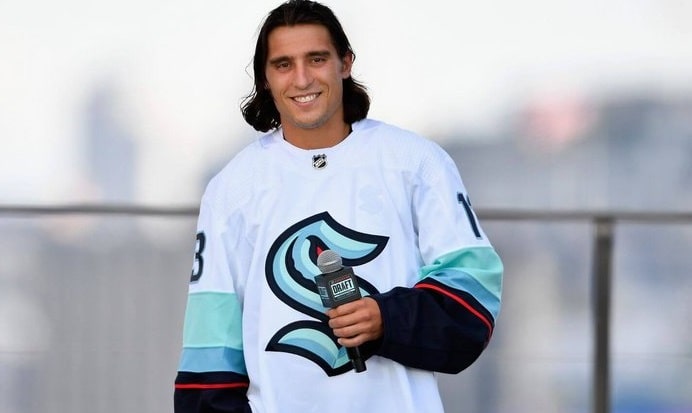 The Seattle Kraken selected one player from 30 NHL teams on Wednesday in the expansion draft, filling out the roster as the 32nd team in the NHL. The theme behind the selection of a roster that was young and under the salary cap was physicality on the ice and character off the ice.

The similarities continued in that both teams chose 20 players that were under contract for the following season.  The Kraken picked seven restricted free agents, and the Golden Knights chose six. The biggest difference is that the Kraken cap hit for the 20 players was over $14 million less than that of the Golden Knights. This leaves the Kraken with around $30 million in cap space, with many moves likely to be made over the next month.

Giordano, a 37-year-old veteran, was the league’s best defenseman in 2019. He was originally not a drafter and enjoyed the idea of being selected by the Kraken in the expansion draft.

For now, one of the top players on the Kraken is goalie Chris Driedger, a 27-year-old who opened eyes with the Panthers last season. He posted a smooth .927 save percentage, the fifth-best in the entire league.  The Kraken signed Driedger to a three-year deal and will have Vitek Vanecek and Joey Daccord as his backups.

Another apparent strength from this draft is on the blue line, where Giordano will be joined by Vince Dunn, former St. Louis Blues. The Kraken had several group options from the Lightning, including Tyler Johnson, Alex Killorn, and Ondrej Palat, but opted for Gourde.

Perhaps the most confusing pick was the selection of Gavin Bayreuther from the Columbus Blue Jackets. Bayreuther played only nine games less season, while Max Domi (24 points in 54 games) and Dean Kukan (35 games) were also available for selection.

The most feel-good selections by the Kraken were the Fleury brothers, Cale and Haydn.  Cale had a single goal and no assists in 41 games last season, while Haydn had four points in 47 games with Carolina and Anaheim.

The inaugural season for the Kraken is set to begin on October 12 against the Vegas Golden Knights, and the NHL odds seem bright. For those that wish to attend the Kraken home opener at the Climate Pledge Arena, set your calendar to October 23 against the Vancouver Canucks.