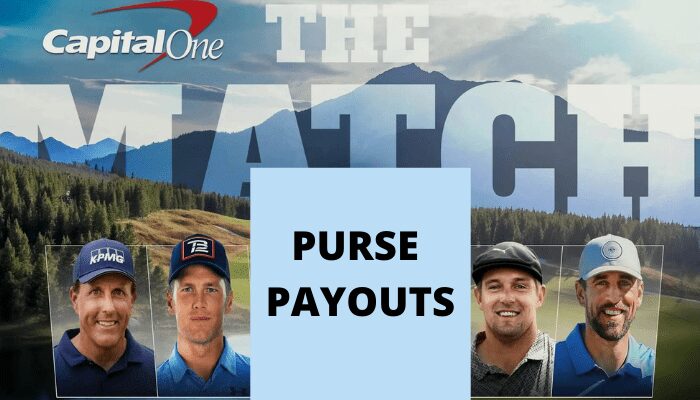 The Match 4 Purse Payouts: How much money will Tom Brady, Mickelson & others will make?

The most awaited golf event, The Match 4 between Tom Brady, Phil Mickelson, Aaron Rodgers and Bryson DeChambeau, will be taking place on Tuesday, 6th July 2022. The match between them is called “ The Match 4 ”. The winning amount will be used for a charitable cause and will be donated.

This is the fourth time a charitable match like this is happening. On the previous three occasions, a huge sum of money was donated to charities. Here we have revealed The Match 4 purse money and how much each golfer will earn and donate.

How much money will be Donated to this edition?

The actual figure or actual earning that will be generated from the event is yet to be revealed. In the last edition, around $4.4 million was raised for historically Black colleges and universities (HBCUs). The second edition of “ The Match ” resulted in generating $20 million.

The entire amount was donated for the Covid-19 relief. It is believed that the money that will be donated will be announced during the event or once the event is finished.

The Match 4 purse payouts will be donated to numerous charities. The biggest beneficiary from the event will be Feeding America.

Who is Phil Mickelson’s wife, Amy Mickelson? All We…

The Match 4 Purse: How Much Money will Players Earn?

In the inaugural edition in 2008 between Tiger Woods and Phil Mickelson, the pair took home $9 million each. But since then the format has been changed. In the past two editions, the earnings from the event have been donated to charities.

Therefore, all the four players – Tom Brady, Phil Mickelson, Aaron Rodgers and Bryson DeChambeau will not be taking any money home.

The Match 4 won’t be financially beneficial for the players. All the revenue generated, winners prizes etc. would be donated to charities such as Feeding America.

What’s the Net Worth of All the Four Players?

Bryson DeChambeau net worth is around $10 million. Winning the U.S. Open at Winged Foot Golf Club in 2022 and earning $2.25 million was the most decorated win for him. Here is the net worth of all four players.