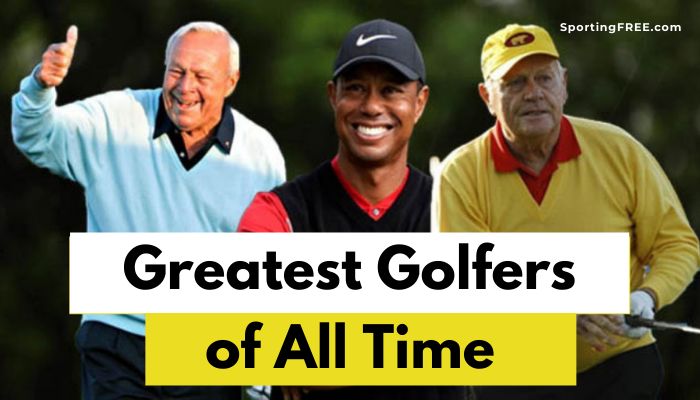 Over the years, golf has gained immense popularity. Golfers have received recognition. Golf is considered one of the most expensive sports in the world. The prize pool is immense. But aside from these things, golf is considered one of the best sports for several reasons. It can be a great exercise and stress reliever. It can also be a versatile game you can play in whatever way you want. Lastly, playing golf can be an excellent opportunity to socialize with other golfers.

Contrary to popular belief, you don’t have to be a golf player to show your admiration for the sport. For instance, you can become a golf fan who keeps up with the latest news and trends in the golf industry. You can watch golf games, join a golf club, or have a gallery of magnificent past and present golf pictures, including the best golfers. Fortunately, many websites like sportphotogallery.com have the best sports archive photos in the world, where you can buy excellent pics of iconic moments in golf history. It can be a perfect way to be part of the golf community without becoming a player.

On the other hand, if you want to adorn the walls of your home with photos of the best golfers of all time, then knowing who the best players are in the golf industry is vital.

The top 10 list has been always a controversial debate but in golf, the debate always remain who is the best golfer? Tiger Woods or Jack Nicklaus? Here in this article, we have come up with the top 10 greatest golfers of all time.

Bryon Nelson is considered the legend of the golf. His ability to strike the ball straight is still better than all the other players. Nelson retired in 1947. 1945 was the best year of his career as he recorded 19 wins that season.

At the age of 59, Wotson won the British Open in 2009. During his career, he won 39 PGA tour events ( 8 majors). He is considered the greatest golfers of all time and was a dominant force during his prime years. He is best known for his rivalry with Jack Nicklaus.

Sarazen is the founder of the sand wedge, a common staple nowadays. Gene is a career grand slam winner. During the 1920s and 1930s, he was at the best of his game. In 1922 at the age of 20, he won both U.S Open and PGA Championship.

He is the pioneer of modern-day golf. He blended and brought physical and mental aspects to the professional world. He won 9 major titles and recorded more than 100 wins during his career. Gary Player is one of five players who have won the modern grand slam.

Arnold Palmer might have won not many titles during his career. But, he played a huge role in shaping modern-day golf and also helped in rejuvenating it. He was a fan favourite because of his go for broke style.

Bobby Jones is the best amateur golfer of all time. He retired at the young age of 28. He was a talent that can be emulated. In the last 12 US Open and British Open, he finished first or second 11 times.

Ben Hogan won three consecutive- The Masters, US Open and British Open in 1953. He was nicknamed as “Wee Ice Man”. Hogan won 63 titles throughout his career. He served in the US Army during World War 2.

Tiger Woods is one of the greatest golfers the world has produced. On his days, he is untouchable. He won the US Open by 15 shots, British Open by 11 shots and The Masters by 12 shots (still an unbeaten record). He is the only second golfer after Jack Nicklaus to win a major title in three decades. Tiger Woods has won 25% of the tournaments he has participated in.

Jack Nicklaus is the best golfer of all time. During his 25 years long career he won 18 professional major titles, registered 73 PGA tour wins and 18 major championships. Jack won his last major title at the age of 46.

Indeed, golf remains one of the best sports games around the world. Hence, if you’re a fan, you will surely want to know who the best players are on the field. To help you choose the top ten golfers of all time, keep the information mentioned above in mind and you’re good to go.