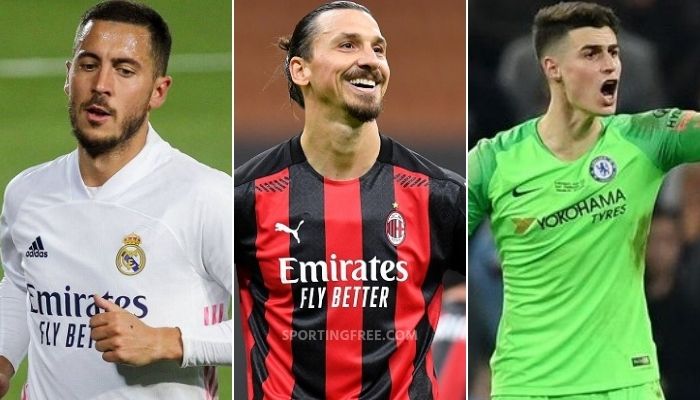 The 10 Worst Signings of All Time (Football Transfers)

It is the football transfer season and the most exciting of times for the supporters who watch their club trying to bring in players to help them in their conquests in the following season. Every fan hopes that their signings click and they completely revitalize the club. This is also often the case, a new signing propelling the club forward.

But there are times when the arrow misses the mark, and the player signed cannot live up to the billing. Here we bring you the top 10 worst signings of all time.

This move was made when Valencia was a force to reckon with in world football. Their marquee man was Gaizka Mendieta, who had won 2 UEFA Best midfielder in Europe awards in a row. It was then that Lazio made a massive €48m move for the Spaniard. He failed to score even once in 31 appearances and was loaned to Barcelona and then sold.

Zlatan has performed no matter what country he has been playing his football in. The case at Barcelona was similar, where he netted 21 times in his only full season at the club. The Swedes troubles were all off the pitch as he clashed with the manager Pep Guardiola. The differences saw me grow frustrated and move back to Italy after just one season and proved to be one of the worst signings of all time.

READ: Top 50 Most Expensive Football Transfers of All Time

The 2004 Ballon d’ Or winner was Chelsea’s marquee signing in 2006. Roman Abramovich had an obsession with signing the Ukrainian and finally got his man paying £30m. His dream signing did not work out as Shevchenko scored just 9 goals in the Premier League before moving back to Milan.

Another Chelsea flop on the list, Danny Drinkwater, was a Premier League winner with Leicester. He made just 12 appearances for the blues. He fell out of favour with both Antonio Conte and Maurizio Sarri.

His off-field antics like a drink driving charge and a nightclub fight that left him with ligament damage have tarnished his reputation.

This is a deal that involved no transfer fee, a swap for Henrik Mkhitaryan. Somehow this was a move where no party came out on top. To convince Sanchez to pick United, a pay-check of close to £500k a week was put on the table. In total, he scored three Premier League goals in 32 outings before being loaned out to Inter.

Much was expected when Chelsea paid a world record,  £72m, for a keeper. Sadly it was not to be as even though good performances came, they were far too few and in between. He is now the league’s most expensive bench warmer after Chelsea signed Edouard Mendy to replace him.

The Chinese club signed Carlos Tevez to help them to their first league title since 1995. He was also rumoured to be on a £630,000 a week. On the other hand, Tevez seemed largely disinterested, played just 20 times in his one season in China, scoring four. He also went on to bad mouth the league and its quality of football.

After the sale of Neymar to PSG, Barca was in great need of a skilful winger. The then 20-year-old had just set the Bundesliga alight with Dortmund and looked like the perfect replacement. It was mot to be as injuries have derailed his career. His off-field antics, such as reports that he skipped training after staying up all night to play video games, did his reputation no favours.

He was signed to be Cristiano Ronaldo’s replacement, with Real splashing close to €146m with add-ons on the Belgian. Riddled with injuries and struggling with fitness, he has been anything but prolific, scoring a single goal in the 2019/20 campaign. Now 30, he is not getting any younger and needs to get his real career back on track. His transfer to Real Madrid is one of the worst signings of all time in football history.

This was part 2 of the Neymar replacement attempt, and this one was even worse. The worst transfer in the history of football goes to Philippe Coutinho. Barcelona paid close to €156m for the Brazilian and signed him to win the UCL. Win the UCL Coutinho did, but while on loan at Bayern Munich, knocking out Barca in the process and even scoring against them. The now 29-year-old should ideally be looking at a move away from Camp Nou.