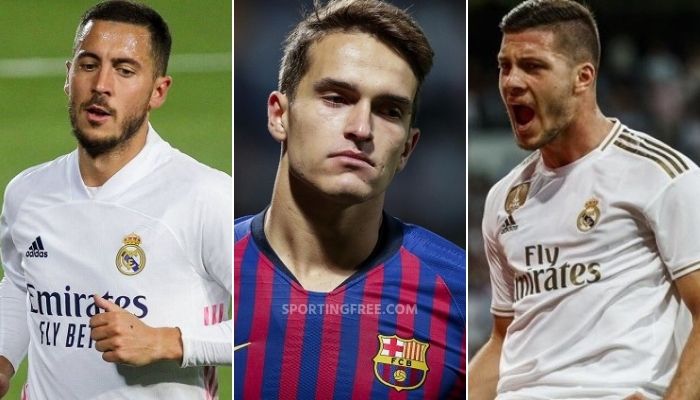 Over the years, La Liga has seen some of the greatest talents of football take the field in the league. Spain’s top tier league has been graced by the greats and legends like Messi, Cristiano Ronaldinho, Ronaldo Nazario and many more. But just like all other major leagues globally, La Liga has had its fair share of failed performers. Let’s look at some of the worst players in La Liga history.

Jonathan Woodgate was termed as one of the worst signings of La Liga history when he made a jumping move from Newcastle United to Spanish giants Real Madrid in 2004. The Englishman had a career marked by injuries and failed to get any game time with Los Blancos. Woodgate featured just 9 times in his three-year spell in the Spanish capital.

Denis Suarez has failed to live to his expectations and became one of the worst players in La Liga History. The La Masia graduate had a promising start to his career but failed to convert his talent at the biggest stage. He failed to settle at any club and was constantly transferred to various clubs, including Sevilla, Villareal and a horrible spell at Arsenal. Currently playing with Celta Vigo, he is one of the worst players of Liga.

Jackson Martinez sealed the move from Porto to Atletico Madrid in 2015. The Colombia international was signed for a transfer fee of €35 million. Martinez failed miserably at the club and was termed as the flop of the season. He left Atletico after managing to score just 3 goals.

Quaresma joined FC Barcelona in 2003. The then-teenager had trouble adjusting to the club and finding consistency. The winger had a fallout with the then manager Frank Rijkaard which put a final nail in his Barcelona career. Ricardo Quaresma scored just one goal for Barcelona and was signed by Porto next season immediately.

FC Barcelona signed Douglas Santos in 2014, which comes out as one of La Liga’s worst players. The Brazilian was brought in the team to deputise for their legendary right-back, Dani Alves. He was ghosted at the Catalan club because of his inconsistent and below-par play. Douglas was in Barcelona till 2019 but spent all his time at loan spells.

FC Barcelona signed Dembele for a record fee of €145m. The teenage prodigy back then has failed to live up to his price at Barcelona and has fallen down the pecking order. Constant injuries have affected Dembele’s career badly.

Eden Hazard was among the news after finally sealing his long-desired move to Real Madrid. Los Blancos signed Hazard for a record-breaking fee of €100m making him one of the costliest players in La Liga. Unfortunately, Hazard’s career has gone downhill ever since arriving in the Spanish capital in 2019.

The Belgian international has suffered various injuries and managed to feature in just 50 games, and scored 6 goals to date.

Luka Jovic was the next big thing in Bundesliga when he scored 36 goals in 70 matches. He was signed by Madrid based on his phenomenal record but failed to replicate the same with Los Blancos. Luka Jovic had a disappointing debut season as he scored just 2 goals in the entire season. He was loaned back to Frankfurt.

READ: The 10 Worst Signings of All Time (Football Transfers)

Coutinho is one of the worst players in La Liga. FC Barcelona signed the Brazilian midfielder in 2018 for a record-breaking transfer fee of €160m. Coutinho struggled at the Catalans and was eventually out of favour at the club. After failing to settle at Camp Nou, Coutinho was loaned out to Bayern Munich, where he went on to win the Champions League.