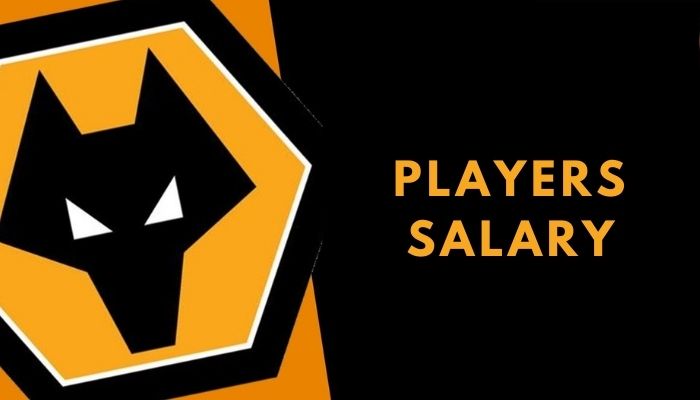 Wolves have been one of the standout performers after getting promoted from the Championship in 2017. In their first campaign back in the top flight, they picked up maximum points against the clubs in the top 6.

After the Fosun takes over, the Wolves financial situation has improved significantly. The wage structure and transfers have all clicked for the club. Wolverhampton Wanderers players salary for the 2022-22 season is likely to be increased by the club.

Here is the weekly salary of all the players at Wolverhampton Wanderers.

Who are the highest-Paid Player players at Wolves?

The 23- year old Italian hasn’t had the chance to settle at the club. Since he arrived in 2019, he has been out on loan twice, with neither of the loan moves bearing any great result. The youngster still appears on this list, commanding a weekly wage of just over £60,000. The forward will be hoping for a change of fortune to kick start his career.

The ex-Barca man is next on the list. He has been a constant figure in the wolves side after switching the Camp Nou for Mollineux in 2022. The Portuguese footballer collects a cool £76,000 a week. After a decent 1st season in the Premier League, the pacy right-back will be hoping to kick on and grow stronger.

The 18-year old wonderkid from Porto is an investment for the future. The young forward has not found it easy adapting to the English game at such a young age. But flashes of the youngsters’ talent have been visible on multiple occasions. The teenager makes £80,000, making him one of the best paid Wolves players, further solidifying the club’s trust in him.

The veteran goalkeeper has been at the club for 3 seasons now and has shown his brilliance in abundance. One of the most underrated keepers of his generation, the former Sporting Lisbon man, is the joint best paid in the Wolverhampton Wanderers squad, taking £100,000. The transfer talk has recently suggested a move to Roma seems imminent for the 33-year old shot-stopper, only time will tell.

The joint highest-paid player at Wolves is another Portuguese veteran Joao Moutinho. Joining Wolves in the same season as Patricio. The ex-Monaco man collecting £100,000 a week. The versatile midfielder has formed a formidable partnership with his compatriot Ruben Neves and has shown his class over the past few seasons.

Wolves have been one of the standout performers after getting promoted from the Championship in 2017. In their first campaign back in the top flight, they picked up maximum points against the clubs in the top 6.

After the Fosun takes over, the Wolves financial situation has improved significantly. The wage structure and transfers have all clicked for the club. Let us take a look at 5 of the best-paid players at the club.

The club has already completed the signing of Ryan Ait-Nouri for £9.5Million. The new man I charge Bruno Lage, is said to want another attacking option to bolster his side.

The club is said to be closely monitoring 19-year old Brazilian Kaio Jorge. European giants Juventus are also reportedly interested in the Brazilian teenager. He has a €50m release clause at Santos but could go for as cheap as €10m as his contract runs out next season.

The club is also linked with Chelsea’s Kurt Zouma, who is considered surplus requirements at the London club. Wolves must act quick, as interested parties include direct league rivals and top 6 hopeful Everton.