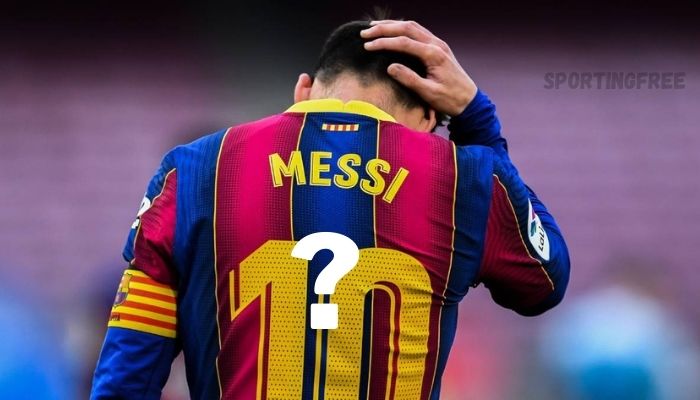 It’s now officially announced that Lionel Messi has left Barcelona FC, but why would Messi leave the club? Here’s we take a look at the GOAT move

Lionel Messi has left Barcelona. A shocking set of events saw Barcelona announce that Messi would not be signing a new contract at the club. The footballing world is in a frenzy as it is not every day you have a chance to sign Lionel Messi. Let us take a closer look at what drove Messi to leave the club he had spent his entire professional career, almost 21 years from the date he joined the club at the age of 13.

Why Did Lionel Messi Leave Barcelona?

It is a well-known fact that Messi is the highest earner at the club. With weekly wages rumoured to be in the region of €600,000, Barca can’t renew his contract. An agreement rumoured to be in place would see Messi’s wages slashed by 50%. The deal fell through in the end as Barcelona just could not afford to register the contract under La Liga’s new salary cap.

This sees Messi out of a contract and as a free agent open to negotiating with clubs. Barcelona’s economic struggles have ultimately led to a rather unceremonious exit for the greatest player in the clubs’ history.

Years of mismanagement has led the club to the verge of financial ruin. The Catalan club has a net debt of €1.2billion , the second-highest in Europe. Barca is experiencing severe income erosion, including commercial revenue. Last season’s operational loss of €173 million was the fourth largest in Europe.

Barcelona has significant short term debt, i.e. due in the next 12 months. the figure is said to be around the  €731million mark. The biggest challenge Joan Laporta and the Barcelona board face is to restructure this debt.

The club is tirelessly working to ensure that their short term debt can be converted into a long term one. They have recently struck a credit deal with Goldman Sachs worth €525million.

La Liga has tightened the financial wage cap on Barcelona. The Catalan club faces a 40%reduction on the current wage bill. Barcelona’s salary cap was €671 million in 2019 and how now dwindled down to €348 million in March of 2023.

The financial restrictions are tightened because Barcelona as an institution has faced a major loss in revenue. The pandemic and the administration of Josip Bartomeu are to blame for the clubs’ current state.

Barcelona has been trying to offload players to adjust their wage bill but is still way off the mark. This has also resulted in the stalling of the registration of new signings like Sergio Aguero.

Where the Argentine will play his football in the coming season is up in the air as all top European clubs will be eyeing arguable the greatest player of all time. Will he link up with Pep at Man City? Will he join Neymar at PSG or end up elsewhere? Only time will tell.