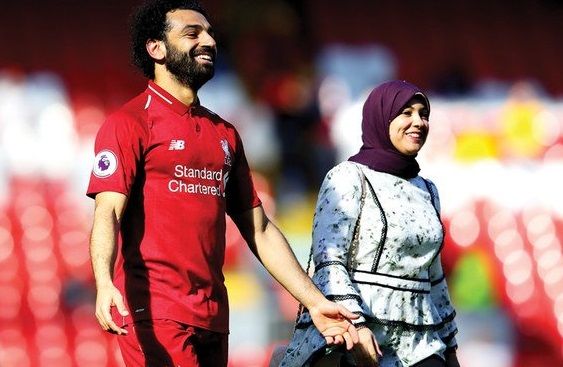 Who is Mohamed Salah’s wife Magi Salah: All We Know About Her

Magi Salah is the wife of Mohamed Salah, famously known as Egyptian Messi by fans, who was born on 15 June 1992. In recent years, Mohamed Salah became a prominent player in the Liverpool team, becoming a celebrity among fans for his speed, dribbling and finishing touches.

He is certainly one of the most recognised soccer players in our day, but what do we know about his personal life? Here’s all you need to know about Mohamed Salah’s wife, Magi Salah.

Magi Sadeq was born in Nagrig, a Gharbia hamlet in Egypt, in 1994. The same neighbourhood in which Salah was born. Magi Sadeq has three sisters, one is her twin, Mohab, and the others are Mahy and Miram. Both her parents were teachers in the Mohammed Eyad Al Tantawi School, where Salah and Magi met.

The two Twin Sisters received a bachelor’s degree from the Faculty of Commerce in Alexandria. There was a fake rumour that she has a degree in biotechnology as there is an Instagram account in her name that mentioned that. However, that’s not true.

Magi has been a supporting wife for Salah’s entire career. She is often seen in the stands, encouraging her spouse on matches. She wears the “Hijab”, and she is a sincere Islam follower.

READ: Lionel Messi wife Antonella Roccuzzo: Everything We Know About Her

Magi Salah is a very private person, and she doesn’t reveal every element of her life with her fans like the other player’s wife. Magi does not even have an Instagram account. However, Salah is seen to post pictures of his wife and daughter on Instagram.

How did Mohamed Salah and Magi Sadeq meet?

Magi Sadeq was a classmate of Salah throughout primary and junior years. Their love stories began from school times. Magi and Salah started dating very young. The pair dated for some years before deciding that it is time to go beyond things and married.

On 17 December 2013, in Nagrig, Egypt, Salah and Magi got married. Back in those years, Salah had just returned to his village after his first break with European football as a member of the Swiss soccer team Basel.

The marriage was a spectacular occasion that united the entire town. A few prominent Egyptian faces were from hundreds of attendees at the wedding, including singers Hamada Hilal, Sa’ad Al Sughayar, and Abdel Basset Hamouda.

Later in October 2014, the couple welcomed their first daughter in the Westminster Hospital, London. After the holy Islamic town of Mecca, she was named “Makka.” They have intentionally decided to have another spelling on their daughter’s name since they did not desire to be confused with ‘Mecca Bingo’ from the UK.

When Makka was born, Mohamed Salah played for ‘Chelsea.’ Even if Makka and Magi try to hide their images from the media light, Salah regularly published their pictures on ‘Instagram.

Mo Salah and Magi Salah were blessed with another daughter Kayyan in February 2022.