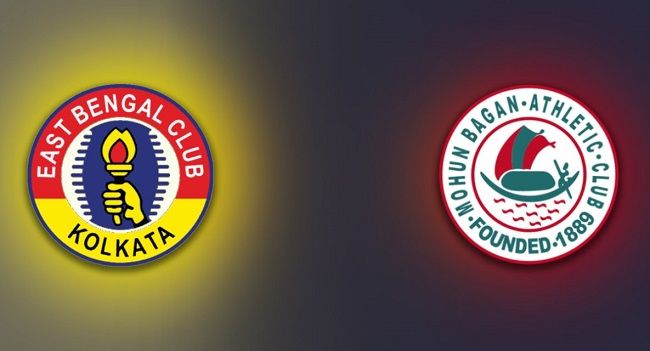 Here’s Why Mohun Bagan Is Better Than East Bengal

‘Boro Match’ translated as ‘The Big Match’ between the Western Bengal ‘ATK Mohun Bagan’ and East Bengal is Asia’s biggest rivalry. Both the teams are set to take on each other in the ISL 2022/21 on November 27. But who is better Football club East Bengal vs ATK Mohun Bagan, here’s everything you must know about which club has outperformed the other?

Mohun Bagan now called ATK Mohun Bagan and East Bengal are the 2 most fierce clubs in Indian History. But the 2 clubs always battled for who will be the kingpin in Indian football. But by a difference of small margin, it would be fair to say that Mohun Bagan is the better club out of the 2.

Who is Better East Bengal or ATK Mohun Bagan?

Here are the reasons why Mohun Bagan overall is a better club than East Bengal.

Both the teams have enormous amounts of trophies in their cabinet, but the difference between the 2 still remains to be around 100 trophies. Many might argue that East Bengal was originated 31 years after Mohun Bagan, but despite that, the ratio of winning trophies is better for Mohun Bagan.

Moreover, since trophies can’t be the only criterion to chose which club is better, but one thing that might put the debate to rest is the kind of trophy a club wins and Mohun Bagan did exactly the same.

Yes, I am talking about Mohun Bagan’s historic IFA Shield win in 1911 over East Yorkshire. The win brought a nationalist feeling in the country and helped in the ongoing freedom struggle.

As per the current AFC Club ranking East Bengal stands at 42nd position, while Mohun Bagan at 44. But it is not the true picture. As they say, reaching heights isn’t the toughest job, to remain at the top for years is the toughest thing, and Mohun Bagan has won in that race.

Yes, in the club’s 100 year’s of rivalry Mohun Bagan has always held a better ranking than East Bengal, and having a better ranking for years simply translates a team performance and consistency over the years.

The Rivalry started in 1921 and since then the teams have faced each other a massive 371 times. And talking about head to head stats between the 2 countries, then East Bengal has a slight edge over their Western counterparts have won 129 matches.

Conclusion – Who is Better East Bengal vs Mohun Bagan

Thus to conclude, when it comes to which club is better in respect to their individuality then without a say it has to be ATK Mohun Bagan, although when we see their head to head stats and performances over the past 100 years, then we must give East Bengal their due credits, as the stats also speak about East Bengal’s superiority in the Derby.