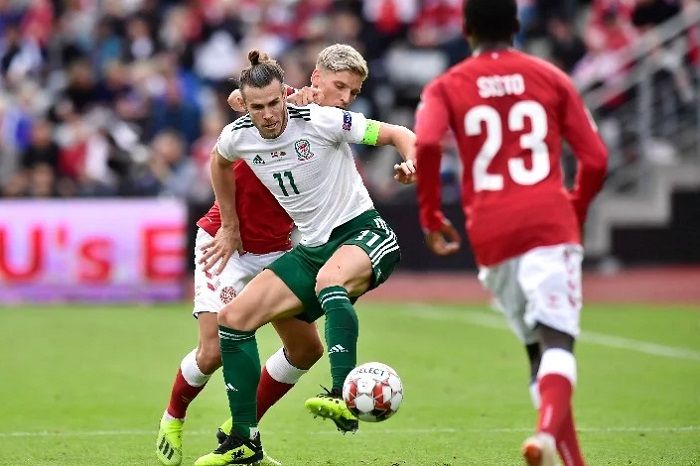 As Euro 2022 progresses further, the group stage has concluded, and the tournament now enters knockout stages. Wales will face Denmark in the first game of round 16 of Euro 2022. Here’s the guide on watching the Euro 2022 Round of 16 fixture between Wales vs Denmark live stream on Saturday, June 26.

Ethan Ampadu received a straight red card during Wales vs Italy and will miss the encounter against Denmark. Robert Page might make an attacking change upfront as Kieffer Moore, who came on as a substitute against Italy, might start against Denmark. Ben Davies will replace the suspended Ampadu in the defence.

Denmark is without any suspension and injuries other than Christian Eriksen, who is ruled out of the tournament after suffering a cardiac arrest. Kasper Hjumland is unlikely to change the lineup that started against Russia.

What time does Portugal vs France kick-off?

Where to live stream Wales vs Denmark Euro 2022 in the US?

Soccer fans in the US can watch the round of 16 match between Wales and Denmark on the ESPN channel. fuboTV, ESPN App and Prende Tv will live stream WAL vs DEN match in the USA. The match will kick-off at 12 PM in the US.

The fans in the United States also have the option to watch Wales vs Denmark live online for free by using ExpressVPN through ITV Hub.

How to watch Wales vs Denmark Live Streaming in India and UK?

Fans in the UK can watch the round of 16 match of Wales on BBC One. BBC iPlayer to have the live streaming of WAL vs DEN game in the UK. Wales vs Denmark will kick off at 5 PM BST.

Wales vs Denmark will kickoff at 9:30 PM in India. Football fans can watch the match live on Sony Ten2, Sony Ten3, Sony Six channels. The Round of 16 game of Euro 2022 live stream is available on Sony Liv App and JioTV.

Wales vs Denmark will kickstart the knockout stage of Euro 2022. Both the teams secured qualification to the Round of 16 after concluding their respective round three group stage fixtures.

Wales suffered a 1-0 defeat in their round three matches against Italy and had to depend on Turkey vs Switzerland to confirm their qualification. Wales finished the group stage at second place in Group A. The Welsh players have a point to prove in the round of 16 fixture after a rather unconvincing loss against Italy.

Denmark shocked everyone when they sealed the qualification to the round of 16. After suffering two consecutive defeats in their first two group stage matches, the Danes convincingly won the last group stage fixture against Russia.

Denmark defeated Russia 4-1 to leapfrog Finland and Russia and finish as the runner up of Group B on the last matchday of the group.

Wales and Denmark have everything to play for in the Euro 2022 as they clash in the round of 16. Who do you think will come up top? Watch WAL vs DEN Live Stream FREE.