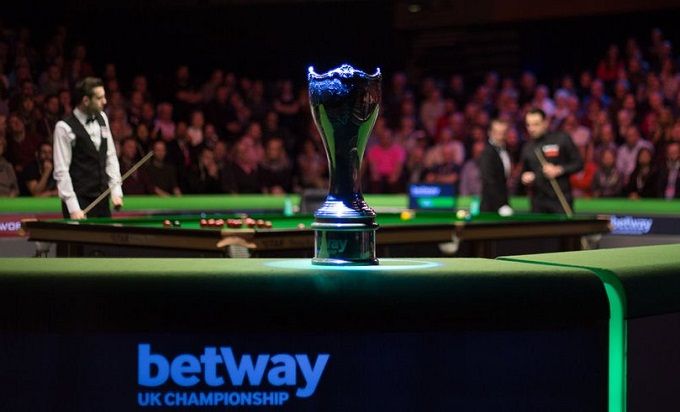 27th November, which is Friday will be the only off day as no play will take place on that day.

UK Championship was inaugurated in 1977 and is now the second biggest snooker tournament in the world after World Snooker Championship. Top players from all over the world compete for the title and rankings.

York Barbican will host the event this year and has been hosting players since 2011, as the arena gathers a massive amount of fans. Ding Junhui the defending champion at the Barbican will be back this year to defend his throne.

UK Championship is one of the most awaited snooker events in the world. It is also part of the iconic ‘Triple Crown’ of Snooker. For those wondering what’s the Triple crown, well, it’s similar to Kentucky Derby. Where the 3 most prestigious tournaments are called Triple Crown. In Snooker the winner of the triple crown events is awarded a crown crest on their waistcoats.

The schedule for the 2022 UK Championship is as follows.

The tickets for the tournament can be booked on the World Snooker Tour (WST) website as well as the York Barbican website. The tickets are already on sale. However, no decision has yet been taken on the availability of a live audience. WST will inform the ticketholders once a decision is finalized.

Students and seniors are entitled to book at a concession rate. ID may be required at the point of entry to the venue.