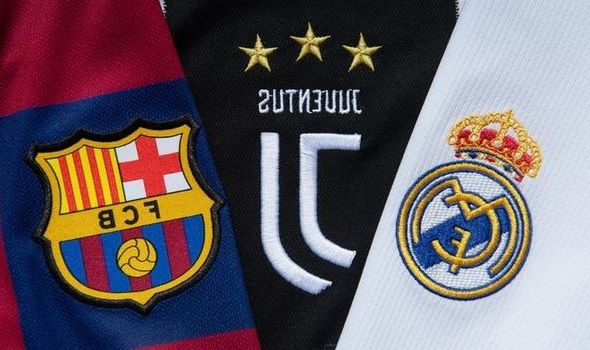 Barcelona, Real Madrid and Juventus to be banned by the UEFA Champions League from 2022/22 season and replaced by Real Sociedad, Real Betis and Napoli

The past few months witnessed significant events in European football that caused a stir in the sporting world. Foundation and formation of the European Super League, a breakaway league founded by Europe’s elite top 12 clubs sent a wave of shock all over the football world. Everyone involved with the sport from the team management to the fans of majority clubs expressed their dissent against the Super League.

Real Madrid’s President Fiorentino Perez and Juventus Chairman Andrea Agnelli were the architects behind the foundation and implementation of the idea of a breakaway league and are ready to take their battle with UEFA till the very end.

The stubbornness of the three clubs has landed them into hot waters as UEFA has decided to charge the clubs for their involvement in the Super League.

According to reports, UEFA is planning to expel Real Madrid, Barcelona and Juventus from next year’s Champions League and impose heavy fines and sanctions on them. The three sanctioned clubs can take the matters to the Court for Arbitration in Sport.

UEFA also clarified in a statement that Spanish and Italian clubs other than these 3 will not miss out on a spot in the Champions League next season as the clubs ranked below Madrid, Barca and Juventus will take their spots.

This decision comes as a big blow for Juventus because they had to wait till the last matchday of the 2022/21 Serie A season to gain Champions League qualification. Expulsion of Juventus from the competition will mean that Napoli, who missed out on the Champions league spot after failing to secure a win against Hella Verona will potentially play in the Champions League next season.

Real Sociedad and Real Betis will take the spots of Real Madrid and Barcelona and will be the 2 out of 4 Spanish teams to qualify for Champions League 2022/22. The other nine clubs involved in the Super league will also be punished but leniently.

According to reports, the nine clubs will just be fined a percentage of the money from their next European campaigns.