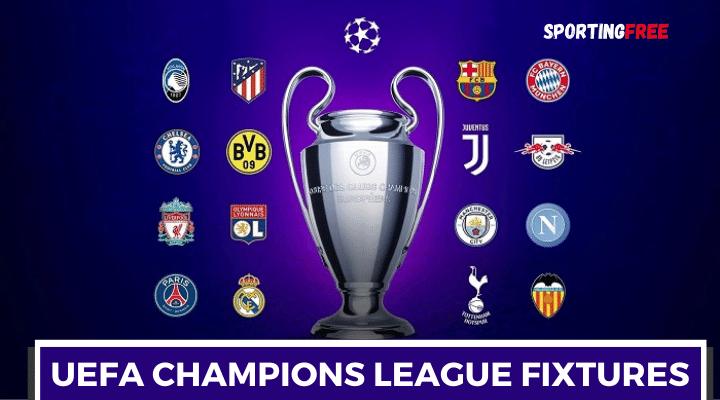 The UEFA Champions League 2022-21 schedule to be released this Friday. The group stage of the league to feature Juventus vs Barcelona match featuring biggest superstars Cristiano Ronaldo and Lionel Messi.

The biggest club competition is back. Its the Champions league. 32 teams around the world compete for the biggest battle of all. Champions League was first introduced in 1955 as European Cup however the cup got its current name in 1992.

The 2022/21 season of the Champions League is all set to commence from 20th October and will go on till 29th May, with Istanbul hosting the final this year.

The fixtures for the UEFA Champions League 2022-21 will be announced on Friday.

UEFA on Thursday held the draw for the UEFA Champions League 2022-21 at their headquarter in Lyon, Switzerland to allocate teams to different groups. The process of Draw was assisted by Chelsea legend Didier Drogba and Malouda.

Based on the 4 pots the following Draws were made for Group stages:

Bayern vs Atletico Madrid would be a mouth watering fixture to watch.

Liverpool could be facing some serious threats from the likes of AJax and Atalanta.

Sevilla vs Chelsea is a tie to look forward to.

Arguably the biggest group stage group in the history of the Champions League as its Messi vs Ronaldo for the first time in the group stage. Adding on these two would be facing each other after 10 years in the champions league.

It won’t be wrong to call Group H as the Group of death this year as the like of PSG, Manchester United and RB Leipzig in the same group is a treat for football lovers.