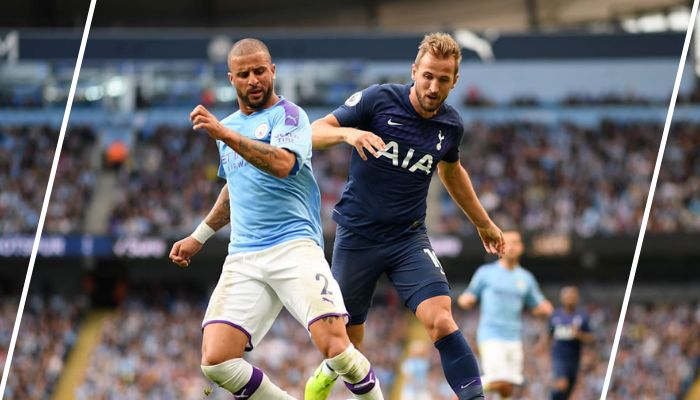 Tottenham vs Man City: How to Watch Carabao Cup 2022 Final on TV and Live Stream

Carabao cup is one of the 3 major domestic competitions of English football alongside the Premier League and FA Cup. The 2022-21 season of the EFL Cup is the 61st season of the EFL cup. This competition is open to all the clubs participating in the Premier League and all other football leagues in England. Everything you need to know to watch the Carabao Cup final, Tottenham vs Man City live stream and on TV channel.

A total of 92 teams from the top 4 leagues of English football compete in the competition. 2022-21 was the first season to have single-leg semi-finals instead of two legs. The Carabao cup final will be held on 25th April 2022. Tottenham Hotspurs and Manchester City are the two finalists who will battle it out for the silverware.

The decision to reschedule the fixture, according to the EFL, was made in the hope that fans may be permitted to attend the game.

The iconic Wembley stadium will host the final. Wembley has hosted the Carabao Cup final since 2008 and 2022 final will be the 14th time it will host the clash.

The City is the defending champions of the Carabao cup and has won the cup thrice in a row. Tottenham last won the carabao cup in 2008.

Manchester City started the competition in the third round. They beat EFL Championship side Bournemouth 2–1. In the fourth round, they defeated fellow Premier League team Burnley 3–0 at Turf Moor with two goals from Raheem Sterling and one from Ferran Torres.

In the quarter-finals, they defeated Arsenal 4–1 at the Emirates Stadium with one goal each for City from Gabriel Jesus, Riyad Mahrez and Foden.

In the semi-finals, they defeated local rivals Manchester United 2–0 at Old Trafford with one goal each from Manchester City captain Fernandinho and John Stones.

Tottenham started the competition against Leyton orient. However, the match, away to Leyton Orient, was postponed after multiple Orient players tested positive for Covid-19. Tottenham progressed to the further stage in the fourth round, due to Orient’s inability to fulfil the fixture. In the fourth round, Tottenham beat London rivals, Chelsea, at the Tottenham Hotspur Stadium, 5–4 on penalties.

Tottenham visited Stoke City at the Bet365 Stadium in the quarter-finals, they went home with a 3–1 victory. In the semi-finals, Tottenham met the only non-Premier League side still playing up to this stage, Brentford of the EFL Championship. Tottenham reached the final with a 2–0 victory at the Tottenham Hotspur Stadium with a goal each for from Moussa Sissoko and Son Heung-min.

Spurs vs Man City is one of the famous clashes in football.  Besides the premier league, the teams have also met in the champions league. The teams have met 25 times out of which City has won 15 times,  Spurs 7 times and 3 matches are drawn. In their last 5 premier league clashes, Spurs have won 2, City 2 and 2 are drawn

Manchester City enters the final on the back of the excellent form. Pep Guardiola’s side is the frontrunners in the title race and need just 11 points from 6 games to clinch the Premier League trophy.

They had an excellent run of 21 unbeaten games from December to March.  The city has qualified for the semi-final of the Champions League after defeating Borussia Dortmund in the quarter-final.

They will be without their talisman playmaker Kevin De Bruyne in the Carabao cup final; Sergio Aguero is also a doubt for the final.

Tottenham Hotspur enters the final on the backdrop of a terrible form. Spurs started the 2022-21 season very promisingly but it has gone downhill since then.  They have registered just one win in their last 5 PL matches and were shockingly knocked out of the Europa league by Dinamo Zagreb despite winning the first leg.

Spurs are currently 7th in the PL table and are fighting for a European spot, Carabao Cup is their only chance to win silverware this season. Spurs have suffered 2 massive blows just before the Carabao cup final; striker Harry Kane is a big doubt for the final after getting injured in the last minute of their PL match against Everton.

Kane tops the Premier League Goal and assists Chart currently and his absence will have a massive impact. Manager Jose Mourinho was sacked on 19th April owing to the team’s power form just 6 days before the final.

The winners of the EFL cup will take away prize money of £100,000 while the runner up will get £50,000. The losing semi-finalists will be given £25,000 each. Winning the Carabao Cup will ensure entry at the play-off round of the Europa Conference League.

If Carabao Cup winners qualify for a continental competition through their league finish then that place will go to the highest-placed team in the Premier League that has not already qualified for Europe.

In the UK, the Carabao Cup final will be broadcast on Sky Sports Network, on the Sky Sports Football and Sky Sports Main Event channels, as well as Sky Go. If you don’t have a Sky subscription then you can watch Tottenham vs Man City live streaming through NOW TV.

Get the Sky Sports day pass for £9.99 or go for the week pass for £14.99. In case you want a monthly pass then it will cost £33.99. The app is available for all computer, smart TVs, phones and consoles users.

ESPN will broadcast the Carabao Cup final live stream in the USA.

How to Watch Carabao Cup Final 2022 Live Streaming in India?

Live streaming of the EFL Cup in India will be on the subscription-based Voot Select and JioTV. It will also be broadcasted on Colours Infinity HD. Download the Voot app to watch Tottenham vs Man City Live Stream online.

Football fans around the world can watch the EFL cup final Tottenham vs Man City live in their country but what if you are away from your nation? Due to geo-blocking restrictions, you cannot access the services. Just get the VPN, it will allow you to watch the content without any geo-restrictions from anywhere in the world.

The virtual private network (VPN) will allow you to watch Tottenham vs Manchester City live stream free from any part of the world and the best VPN is ExpressVPN (Recommended). It is available on all devices including iOS, Android, Amazon Fire TV Stick, Apple TV, PlayStation 4 and Xbox One.