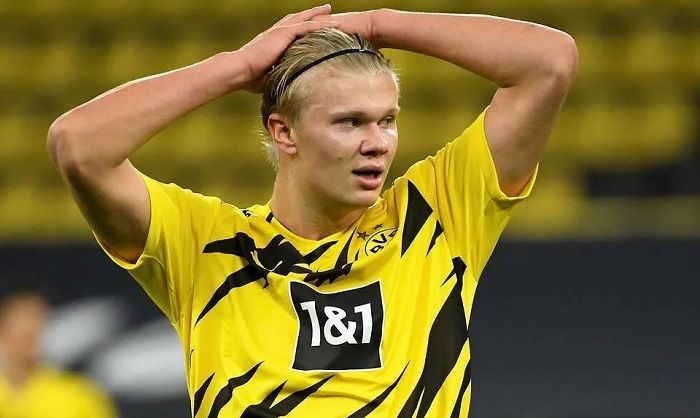 Top 5 Best Strikers in 2022/21 Season: The major leagues across Europe are whining down as the team began to battle for the remainder of glory in the campaign. The likes of Chelsea, Real Madrid, Manchester City and Paris Saint-Germain are looking to be the champion of the European elite club competition.

Although, Chelsea have found a way to turn their season around since the appointment of Thomas Tuchel, while the team improved all-around and found a new way to play behind their woeful strikers.

Manchester City have also found a way to excel their season without a proper in their midst as the likes of Kun Aguero and Gabriel Jesus is yet to find their rhythm for the season. However, Benzema of Real Madrid and Kylian Mbappe had been somewhat phenomenal.

More so, the race for the best striker across Europe has always been guided by who won the golden boot which is currently in the hand of the Lazio attacker, Ciro Immobile, but this year golden boot award look set to head for the German club prolific goalscorer, Robert Lewandowski who has set himself as one of Europe’s deadliest striker in recent year and in 2022/2021 Bundesliga campaign, the Polish striker is on course to equal or break the great Gerd Muller of 40 goals a season record.

However, Barcelona will be banking on Lionel Messi once again to return the much coveted Spanish La-Liga trophy back to Camp Nou, while Juventus will be looking up to Cristiano Ronaldo for guidance in the bid to play Champions League football next season.

Inter Milan will be looking up to Romelu Lukaku to earn the Nerazurri their first scudetto in over a decade and Paris Saint-Germain will be sweating to keep Kylian Mbappe up and running in other to overcoming the deficit left behind by Manchester City in the first leg of their UEFA Champions League semi-final in Etihad stadium on Tuesday, May 4.

However, as the season is about to whine down with few matches remaining, below are the top five best strikers in the 2022/2021 season.

So much about his prowess in front of goal was a testament to the fact that the agent of the prodigious striker was been followed while he tours the Europe on how well the super club respond to the chance of sign Haaland and that was phenomena as many big teams across Europe were looking to earn his signature in the coming season. Certainly, that won’t come so cheap considering the past dealing of Dortmund.

The Norwegian has been a revelation prior to his move to Signa Iduna Park in Germany and since his move to Dortmund, the prodigious striker has been more than a revelation for the team finding the back of the net on 53 occasions in 56 appearance for the German club in the process.

Although, the soon to be 21-year-old Norway international has found the back of the net 37 times in 38 appearance this campaign and he is only behind Robert Lewandowski who is in league of his own since the beginning of last season. However, the supremacy of Erling Haaland in Europe and Bundesliga has not aid Dortmund past the current Manchester City in Champions League and Bayern Munich in league respectively.

Despite the lack of success to show for his prolificity this season, the former RB Salzburg striker is not short of been recognize for his individual brilliance on-field and staring behind Lukaku who is fascinating is the best the Norwegian international can have at the moment.

Fairly criticize for his weight gain in Manchester United, while many thinks he has well lost it playing and scoring boot, with series of racial abuse online and many criticisms from the club’s legends in the past.

However, since moving to Inter Milan in the summer of 2019/2020 season, the former Anderlecht striker has been the source of push for the Antonio Conte Men as they looked to win their first scudetto in over a decade.

With 27 goals in 40 appearance, Lukaku has been the major force behind Inter Millan resurrection to the pinnacle of the Italian football. However, with 21 league goals behind Cristiano Ronaldo who is the leader with 25 league goals in the Italian Serie-A.

Romelu Lukaku continues to shine as he keeps setting the pace for the Nerazzzuri and his importance and essence to the club is reflected in the fact that the former Chelsea striker reached the 50-goal milestone for the club, quicker than the great Ronaldo Nazario. The Belgium international considered himself among the best striker in the world and he is looking to back his claim with Scudetto and probably challenging the other Ronaldo at Juventus for the top scorer in the league.

More so, beyond the cadre of goal scoring, Romelu Lukaku has proved to be the best player in Italian Serie-A and it will worth it to crown the effort of the Belgium international with the Italian player of the year for his achievement and contribution towards the Inter Milan dominance in the league this campaign.

Despite his effort to ensure that Inter Milan come off the season with a silverware as they are now close to winning the Serie-A with a total of 11 points gap between his team and Atalanta who is sitting on the second position. Lukaku position among the top striker cannot be more than fourth position on our list of top five strikers in the current campaign.

Ever since his move from Monaco to Paris Saint-Germain in the summer of 2018/2019 season, Mbappe had been a focal point for the PSG’s attack alongside Neymar who have been so marvelous for the Les Perisen.

While the world cup winner is enroute to be the best in the world, his goal scoring prolificity has been outstanding as he helped the Les Perisen to displace the European giant teams in Round of 16 and Quarter final as the likes of Barcelona and Bayern Munich had no answer on how to stop the Frenchman from scoring four goals and two goal respectively against these clubs in 180 minutes of actions.

25 league goals in 29 league appearances and 37 goals in all competition with 43 appearances has earned the prolific young attacker a place among the elite strikers in the world and not just in the European major leagues alone.

A serious contender for the Ballon D’or provided the Paris Saint-Germain won the Champions League or France winning the UEFA Nation’s Cup but his capability off and, on the ball, has got many coaches worried of the damage he can commit towards their team.

When Lionel Messi dropped the bomb shell on Barcelona about his desire to finish his career elsewhere but Barcelona in last August, the whole world seize in awe of his decision and Barcelona quickly react to this statement with series of legal consultation to ensure that the one of the greatest goal scorers of all time is kept within their rank for at least one more season and their desire has been rightly rewarded with the blistering performance of the Argentina’s football wizard.

The Argentine began the season so slow when compared to his standard, while it was difficult for the Number 10 magician to exert his authority in most games and his lack of willingness to contribute to the team create many disputes among the fans but since the departure of the Barcelona former president, Bartomeu in October, Barcelona captain began to come alive and his influence is now shown as Barcelona is now favorite to win the La-Liga once again after failing to do so in previous campaign.

More so, since the turn of the year, Lionel Messi has mustered some imperious form while he guides his team to the summit of La-Liga despite coming off 13 points differences of Atletico de Madrid in the beginning of the year.

And now, with 25 goal and 9 assists, the diminutive Argentina international is leading the pack in the Pichichi race once again and seconded Aigo Aspas who is leading the assist race in Spain but the Barcelona could have been the best striker once again, only if the trend of analysis is of 2022 but the most lethargic striker in the world of football is currently Robert Lewandowski who cannot stop himself from finding the back of the net.

However, Lionel Messi has been the best footballer on planet earth so far this season and not to talk about over a decade now.

With three games to end the Bundesliga season and the record of the great Gerd Muller up for grab for the Poland international, Lewandowski will be looking to lace his goal scoring boots once again, in order to rewrite the German Bundesliga goal scoring history book once and for all.

Although his performance for the last three seasons is worthy of Ballon D’or but the coronavirus pandemic had ensured that the such recognition evade the Polish striker and the supremacy of PSG in the absent of Lewandowski in UEFA Champions League quarter final has ensure that the former Dortmund striker will still miss out on the award this year.

Moreover, Bayern Munich talisman, Robert Lewandowski has been one of the best strikers in the world for a number of years now and he continues to hit the back of the net with regularity despite heading into his mid-thirties and there is no doubt that he is currently the most potent in world football and not just in Europe.