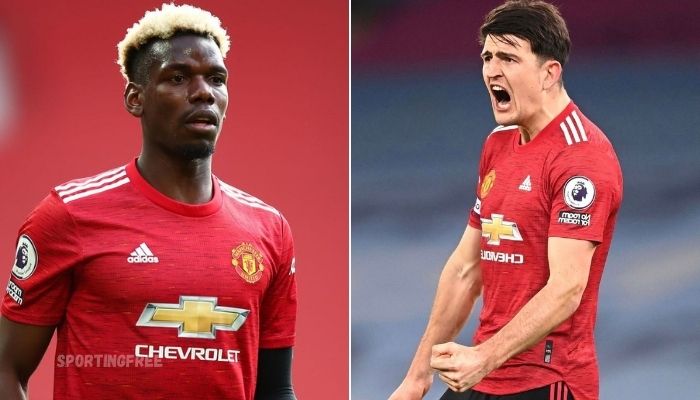 Manchester United has been one of the busiest premier league teams in the current ongoing summer transfer window. The Red Devils have made significant changes to their squad and brought in new faces. When it comes to signing the big names and the superstars, United is never shy of cashing in. After Jadon Sancho and Raphael Varane, Cristiano Ronaldo became the club’s latest addition. United paid a lucrative offer to bring in Jadon Sancho. But he is not the most expensive transfer of the club. Here is the list of the most expensive signings of Manchester United.

Matic made the switch from Chelsea to United in 2017. United’s manager back then, Jose Mourinho, was the main reason behind Matic’s arrival at the club. The Serbian was signed for a fee of £40m and has since then been an important part of United’s midfield.

One of Manchester United’s latest signings, Raphael Varane, was unveiled as a United player during the club’s inaugural home match of the 2022-22 season. The ex-Real Madrid defender joins the list of renowned starlets brought at the Old Trafford by their manager Ole Gunnar Solskjaer. The Frenchman is signed for a fee of £41m and will soon take the field to make his debut in Red this season.

After a two-year-long pursuit, Manchester United finally signed Bruno Fernandes in 2022. Sporting CP signed the Portuguese star for a transfer fee of £47million. Ever since his arrival in January 2022, Bruno Fernandes has been the most impactful and influential player of Manchester United. He finished the previous season as the club’s highest goal scorer and assist provider.

Manchester United signed Wan Bissaka from Crystal Palace just one year after he broke into Palace’s first team in a surprising transfer move. Needless to say, United had identified the youngster’s potential and talent and signed the right-back for £50million in June 2019. Wan Bissaka is now considered one of the best right-backs in the world currently.

Another player to make the switch from Madrid to Manchester was Angel Di Maria. The Argentine was brought to the club for a deal of around 60 million after his impressive performances for both club and his country during the 2014 World Cup. However, things did not go as planned as Di Maria often quarrelled at the club and left within a year of his arrival.

Jadon Sancho became Manchester United’s first signing in the ongoing 2022 Summer Transfer Window and also one of the most expensive signings of Manchester United. This deal was not a surprise as Sancho was consistently linked and rumoured with the Red Devils since last season. The prolific winger joins Manchester from Borussia Dortmund for a transfer fee of £73m. Sancho made his first appearance for the club as a substitute in the 5-1 win over Leeds in the first game.

After making a name for himself at Everton, Romelu Lukako caught the eyes of Europe’s biggest clubs and was eventually signed by fellow Premier League giants Manchester United in 2017. The Belgian was signed for a transfer fee of £75m and had a decent couple of seasons in Manchester before switching to Italy as he joined Inter Milan.

Harry Maguire has to face consistent banter and backlash because of his transfer fee. The former Leicester City defender was signed by Manchester United in 2019 for £80m, making him the most expensive defender of all time. Maguire has developed and shown his worth as he forms the heart of United’s defence. He is the current captain of Manchester United.