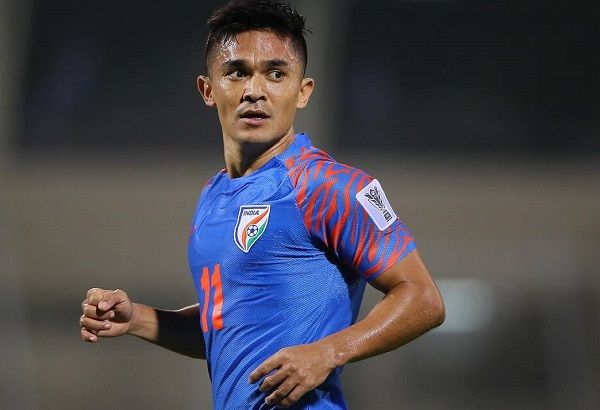 Dreaming and then playing for their nation has driven these players to reach unbelievable heights. Since making their debut for their respective country, they haven’t looked back. Many of them are the sole hope of their nation to dream higher while others are simply the best in major competitions. Iran’s Ali Daei is the highest goalscorer in the history of international football with 109 goals in 149 caps. Here are the 10 top active goalscorers in international football right now.

The 155th ranked nation hasn’t qualified for any major tournament organized by FIFA or even AFC. They are often considered a weaker team in the continent. However, that doesn’t mean they have nothing to cheer for. With 53 strikes for his country, Ali Ashfaq is the hero of the nation.

Since making his debut for his nation, he has earned 80 caps for his country. His knack for scoring goals was so good that he was once targetted by clubs like Benfica and Porto. Ashfaq is also nicknamed as ‘Man of steel’ for his goal-scoring composure.

With six more goals, Bosnia’s Edin Dzeko is next on the list. The 35-year-old just loves to score goals. He is one of those players to score over 100 goals for his club wherever he went. Edin has transit that on the international level.

Maybe not 100 but 59 is an appreciative figure to have for your nation. His physical presence added by his fantastic heading ability made him a dangerous striker in the box. Dzeko has spearheaded his nation to a World Cup and is a living legend for his immense contributions.

The Inter Milan striker has to refund his scoring feet in Serie A and is an absolute beast. He serves as a finisher of chances for his country too. Romelu Lukaku’s hold-up play added by his lethal left foot makes him one of the deadliest goal poachers in Europe. An excellent goal scorer, Lukaku is the nation’s biggest hope in the upcoming Euros.

His ruthlessness in front of the goal can prove decisive to land Belgium an international trophy they crave so badly. At just 27 years of age, Lukaku is poised to deliver plenty more for his nation. He is one of the youngest top scorers in international football who is still active.

Ibra, as he fondly called, decided to return to international duty for his nation after initially retiring after the 2016 Euros. During his initial spell, Zlatan smacked in 62 goals for Sweden. He is ready to add to that tally in the 2022 Euros in the summer.

Still doing wonders at the age of 39, Zlatan’s monstrous scoring record over his career is helping Milan to have a great season. With Sweden, he will be a leader figure up front, and possibly his arrogance is a positive factor this time.

He derived his nickname ‘El Pistolero’ or ‘the gunman’ because of his clinical nature. Suarez scored tons of goals both at club and country level and in both, he tasted huge success. His goals have added to his country’s reputation immensely.

Since making his debut in 2007, Suarez has helped the nation to three World Cup finals and a Copa America triumph in 2011. He is the 6th top goalscorers in international football.

Currently thriving at Atletico Madrid, he will be wishing to help his nation succeed in the 2022 Copa America, scheduled in summer.

The 32-year-old goal machine is the all-time top goalscorer for Poland. His insane scoring record helped him to multiple accolades in his career. The greatness of Lewandowski doesn’t lie not only with his goals but his dedication to the pitch.

His presence made Poland a relatively tough opposition to play against. Lewandowski has also helped his nation to one world cup and three Euros after his debut in 2008. No doubt he is a national icon which also reflects in his record. Robert is also hoping for an impressive Euro this summer to showcase his goals.

The second Asian on the list, Ali Mabkhout Is a well-known figure in the UAE. Since making his senior team debut in 2012, he went on to score 68 goals in just 87 caps for his country. Mabkhout also received several top scorer honor at Arabian Gulf Cup and the 2015 AFC Asian Cup.

Ali’s goal-poaching attribute made him a dangerous striker to defend against. He is popular for scoring important goals for his side. UAE will be eyeing another Gulf Cup triumph this year with the 30-year-old ready to score more.

Despite leading Argentina to three major finals, Lionel Messi hasn’t tasted an international trophy yet. There is also additional pressure on him to emulate the feat of the great Diego Maradona. But it is undeniable that Messi made himself the star of the country to be in that level of comparison.

In 142 caps for his country, he went on to score 71 goals which make him the third top scorers in international football who is still active.

The highest-paid footballer, Messi is the man that helped Argentinian to dream of huge things regardless of success or failure. La Pulga will be hoping to honour his remarkable career with a trophy in 2022 Copa America.

As sensational as it can be, the Indian football team’s captain Sunil Chettri is the second-highest active international goalscorer in the world. The heartbeat of the nation, Chettri is carrying the hopes of millions to revive the fallen giants of Asian football.

Chettri is a charismatic finisher at the age of 36. For the Indian team, he has scored 72 goals in 115 caps and he is the second top active goalscorers of all-time in international football. His precision, skill and nonchalant displays have been a treat to watch.

By so, he helped himself to two major civil honours of his country along with several individual achievements on the international level.

However, no one can come close to the mammoth scoring record set by Cristiano Ronaldo. CR7 is the top active goalscorer in international football right now. He is an architect of breaking records and already guided Portugal to a European Championship and Nations league triumph.

Trailing only to Iran’s Ali Daei (109), the Portuguese megastar demands to be the best of best again. His debut came back in 2003 setting the world alight with his phenomenon skills, talent, hard work and above all goals. Portugal hasn’t reached such great heights before him.