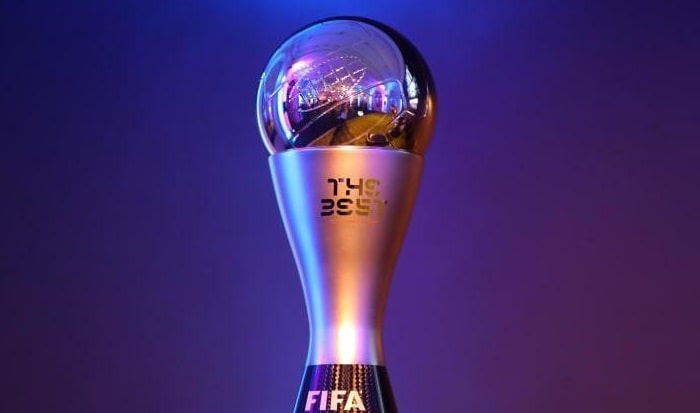 When does The Best FIFA Football Awards 2022 take place?

The official date for the 2022 Best FIFA football awards is yet to be released. The ceremony takes place in December every year since its inception in 2016.

Where will the Best FIFA Football Awards 2022 take place?

The venue for FIFA Best Player awards 2022 are yet to be announced officially. The previous edition of this award was held virtually because of the Pandemic.

Who is the favourite to win the 2022 The Best FIFA Men’s Player award?

Lionel Messi is the frontrunner to win the upcoming award of FIFA Best player. The Little magician was the Top Scorer of La Liga 2022 and the recently concluded Copa America 2022.

He won the Copa del Rey with FC Barcelona and guided Argentina to the Copa America trophy. His world-class performance and contributions to both his club and country make Messi the clear favourite to win the award.

Ronaldo finished the 2022 domestic campaign as the Top scorer of Serie A. The Juventus Talisman won the Italian Super Cup and Coppa Italia with his club. Ronaldo was the joint top scorer of the recently concluded Euro 2022 competition. His overall achievements make him one of the candidates to win the award.

Lewandowski finished the 2022/21 season as the Top Scorer of Bundesliga. He won the Bundesliga and the German Super Cup and scored 3 goals for Poland in the Euro 2022 competition. He had a record-breaking season with 41 goals in the Bundesliga.

Who is the favourite to win the 2022 Best FIFA Men’s Coach award?

Roberto Mancini is the clear favourite to win the Best Coach award. Mancini guided Italy to the Euro 2022 title. Under his management, Italy has been unbeaten in all the international matches of the calendar year. Mancini inspired the Azzurri to their 2nd European Championship title.

Guardiola guided Manchester City to the Premier League title, the EFL Cup and the Champions League final in the 2022/21 campaign, making him a prospectus candidate for the Best Coach award.

Antonio Conte guided Inter Milan to the Serie A title in the 2022 season. Under his management, Inter broke the 9-year dominance of Juventus of winning the scudetto.

Atletico Madrid won their second La Liga trophy under Diego Simeone, who guided them to the title in the 2022/21 season

In just six months of his takeover, Tuchel managed to give Chelsea a top 4 finish and win the Champions League 2022/21. He is one of the candidates for the best coach award.