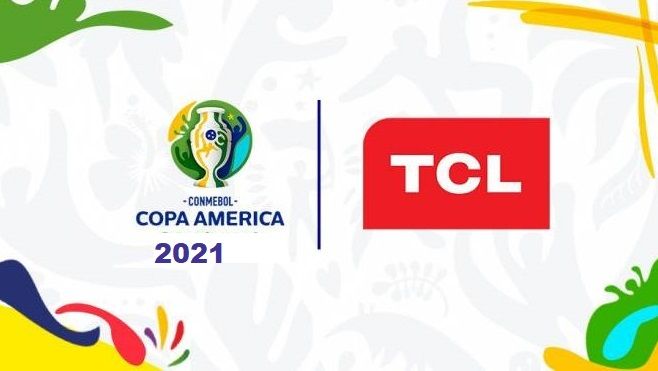 The South American Football Confederation has extended its partnership with TCL Electronics as a sponsor of the CONMEBOL Copa América 2022.

The 47th edition of the Copa América is set to take centre stage this summer. Along with the Euros, the tournament draws good attention worldwide. In recent times with more South American plying trade in Europe, Copa América has become popular, for reasons like this sponsors are driven in.

One of them has been TCL Electronics, the company entered the competition as a sponsor in the 2019 edition. Following great success, it was decided that the company will extend their sponsorship for 2022 Copa América. On Wednesday the news was confirmed. Note that 2022 Copa América is a delayed tournament following the event’s cancellation last year due to the Covid-19 pandemic.

TCL Electronics is a fast-growing consumer electronics company and a leading player in the global TV industry. Founded in 1981, it operates in over 160 markets globally. The company ranked second in the world for LCD TV market share in 2022. TCL specializes in the research, development and manufacturing of consumer electronics products ranging from TVs, audio and smart home appliances.

Yesterday it was announced that TCL will continue the sponsorship with the CONMEBOL Copa América 2022. Their plan is to grow their ongoing branding strategy to engage with a wider audience of fans around the world. It has also announced that, to coincide with the event, it will unveil a range of new TVs and smart home appliances for consumers across Latin America.

“We are thrilled to partner with the CONMEBOL Copa América 2022 once again,” said Kevin Wang, CEO of TCL Industrial Holdings and TCL Electronics. “Football is one of most beloved sports in Latin America and the rest of the world. Despite challenges brought by the pandemic, TCL has extended the partnership, hoping to encourage and inspire global audience with the powerful spirit of football”.

CONMEBOL Copa América 2022 will be organized in two countries i.e Colombia and Argentina this time out. As usual, all the recognized nations from South America will participate. After 1983, this will be the first time that two countries will host the competition. The tournament will be held from 13th June to 10th July this year.

Brazil are the defending champions by beating Peru 3-1 in 2019 final. They hosted the tournament and won their ninth title in the process. In 2022, eight cities will be the venue, unlike five last time. Australia and Qatar were invited as guest nations but they both declined to participate.

Two groups are made divided between North Zone and South Zone. Group A or South Zone consists of Argentina, Bolivia, Uruguay, Chile and Paraguay. North Zone or Group B consists of holders Brazil, Colombia, Ecuador, Peru and Venezuela. Eight teams from each group will qualify for the quarterfinal stage of the competition.

The tournament is set to be broadcasted in over 200 countries across the world through television as well as Copa América live streaming rights.