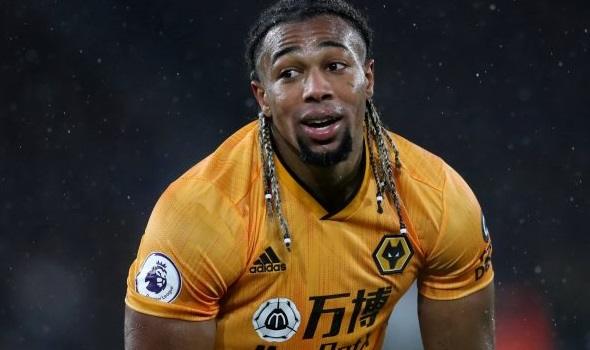 The modern-day football is rapid and demands a high work rate from players. Fitness is the topmost priority of players and clubs also keep an eye on players fitness and make sure they are match fit and ready. The sport has witnessed many strongest football players in the past as well as right now.

Strongest Football Players in the World

One of the important components of fitness is Strength. Since football is a contact sports players need to arduous and tough to win the battle on the pitch. Today, we will look at the top 10 strongest football players in the world.

The Belgian international has a phenomenal physique. Benteke is known for physicality play in the final third. He has been a prolific scorer throughout his career.

He is one of the strongest footballers in the world right now who is famous for his shoulder to shoulder battle which Chris Smalling during a game in the 2012-13 season. Benteke plays for Crystal Palace in the Premier League.

When talking about strength and strongest football players, one player which cannot be omitted is Zlatan Ibrahimovic. Ibra is like a fine wine, getting better with age. 39-year old is still going strong and scoring on every weekend of AC Milan.

In 2017, Zlatan recovered from an ACL injury in 7 months only. Lately, he was tested Covid positive. He recovered within a week and scored a brace in the Milan derby on his comeback. These instances show how strong the Swedish international is.

Romelu Lukaku got the limelight after impressing everyone with his stellar performances with Everton in the Premier League. He then joined Manchester United but could not perform there. However, the Belgian regained the lost form with Inter Milan.

He played a significant role in Inter Milan run to the UEFA Europa League finals, which they unluckily lost. Being one of the strongest football players, Lukaku is a nightmare for defenders. On his day, he can easily breach the world-class defence with his rapid pace and strength.

Giorgio Chiellini is a brave and strong central defender. He might not look muscular but, the defender has the strength of a gorilla. He lean and powerful body is a perfect example of how defenders should look.

Chiellini is definitely one of the best defenders in the world. Juventus captain is 30 plus and still going strong with his hard tackle and precise long balls.

Sakho is tall, gigantic and looks like a monster of a player. During his days with Liverpool Sakho was called “Killer Sakho” by then Liverpool manager Branden Rogers because of his strong build.

Sakho has excelled in the physicality department just need a little work on his defensive skills. But still, Sakho is one of the strongest defenders in the Premier League. He currently plays for Cyrstal Palace.

Former Tottenham Hotspurs player is six feet tall and agile footballer. He is an epitome of modern-day player tall, strong and agile. Wanyama hails from Kenya and also the captain of Kenya National team. Wanyama’s strength and power make him one of the dangerous and the world’s strongest football player.

Danny Shittu is a former professional footballer. He played for Queen Park Rangers, Bolton and many other English clubs. In his playing days, Danny was one of the strongest defenders and monster of a centre back. During his prime days, he was rock solid in the defence and made strikers life difficult with his tall and arduous figure.

Danny Shittu made 32 appearances for the Nigeria national team. He a veteran championship (2nd Division in England) player.

Brazilian International footballer Hulk is a carbon copy of Avengers character Hulk. His video of kicking a ball so powerfully that even goalkeeper went inside the goal with the ball which went viral. He has also scored many long-range goals which show his strength.

Hulk currently plays for Brazilian club Atletico Mineiro. He played for Proto and won several league titles with them. This powerful footballer stands at no.3 on the list of strongest football players in the world.

Wolves winger Adama Traore is a monster of a player. His physique and rapid speed is a nightmare of premier league teams. On his days, it is impossible to touch him. Traore is a heavy lifter and loves gym workout.

He is the strongest football player in the Premier League. Traore has all the things which modern football demands. Spanish International is a perfect package with pace, agility and strength.

Adebayo Akinfenwa is a legend of English lower leagues. The phase Build like a tank is perfect to describe his physicality. He might have not been famous around the world but, the striker is a nightmare for defenders. With his power and strength, he scores many impressive goals for his team.

Akinfenwa is the strongest football player in the world with a height of 1.85m and weights more than 100kg. He is currently playing for Bolton Wanderers in the Championship.