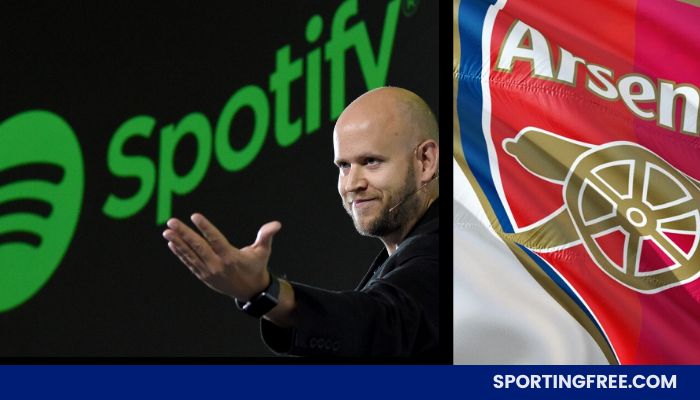 Arsenal owner Stan Kroenke said he is committed to the club and there is no plan to sell it, amid interest from Spotify’s founder Daniel Ek.

Speculations were rising that Arsenal ownership will finally change following the fallout of the European Super League. The Kroenke’s were under extreme pressure from the fans to leave the club. Reports also emerged that Spotify owner, Daniel EK took a deep interest in buying the club. Now, it seems like the present owners have no intention to put their club up for sale.

Fans were infuriated by Arsenal joining the greedy Super League project and years of mismanagement doubling up their frustrations. More than a thousand fans gathered around the Emirates Stadium in protest last weekend before Arsenal’s game against Everton. Seeing the amount of backlash faced by the current Kroenke Ownership, Daniel EK planned a bid to seek the position at the club.

Daniel EK made some serious progress in taking ownership of the club. The Swedish businessman prepared a reported £3.38bn ($4.7bn) bid in case the Kroenke Sports Enterprise,(KSE) wanted to sell. Not only that, he joined alliances with the Arsenal legends Thierry Henry, Dennis Bergkamp and Patrick Vieira to buy the club.

Born in Stockholm, Sweden, Daniel EK grew up with the motive of being a billionaire. He certainly achieved that after creating the music streaming service Spotify in 2008 after significant strides in business. Aside from his life as a businessman, he was an ardent Arsenal supporter from childhood. Being a lifelong fan of the club and with the financial strength to buy a club, it was genuine for him to offer a bid.

Recently, EK also spoke to CNBC regarding his stance on the Arsenal bid. He said, “I’m very serious, I have secured the funds for it and I want to bring a very compelling offer to the owners and I hope they hear me out. I certainly didn’t expect this will happen overnight and I prepared for this to be a long journey.”

However, KSE has made it clear that they will not hold any talks to step down as owners of Arsenal. No matter the seriousness of EK is with his fund, Stan and Josh Kroenke is in no mood to hand over their power. Instead, they promise to establish more open communication with the supporters and listen to the issues being brought by them.

The Gunners owners led down a statement declaring they aren’t bothered to take any takeover bid once EK’s news circulated. “We have not received any offer and we will not entertain any offer,” he added, “Our ambition for Arsenal remains to compete to win the biggest trophies in the game and our focus remains on improving our competitiveness on the pitch to achieve this.”

Manager Mikel Arteta also assured Arsenal fans that the Kroenkes will do everything to give the club all and earn the trust. He said that KSE is committed to bring in success at the club. Arteta also remarked that the fans would be surprised to know their true objective in carrying out their ownership ahead. Only time will tell!