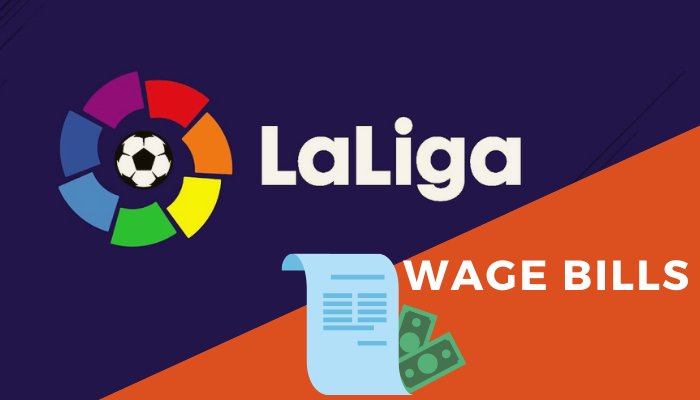 Spanish La Liga Wage Bills 2022/22: Spanish Football Association introduced a new rule in 2013, as per the rules the wage bill of Spanish top and second-tier teams will be capped. Post-2013, at the beginning of a new season, an official announcement is made about the official salary cap of each team along with the amount of revenue generated by clubs in the previous season.

Barcelona and Real Madrid are the top two with highest salary slab in the La Liga. The world outbreak of coronavirus affected them as well. Barcelona’s salary descended from 641 million euros to 383 million euros.

On the other hand, Real Madrid salary cap also reduced as they spent only 468 million euros on players salary in 20/21 season.

Here we have gathered the wage bills of all 20 clubs (Spanish La Liga teams) along with their highest-paid player of the ongoing season.

Disclaimer: All the facts and numbers about Spanish La Liga Wage bills are based on the analysis, research and reports released by trusted sources.