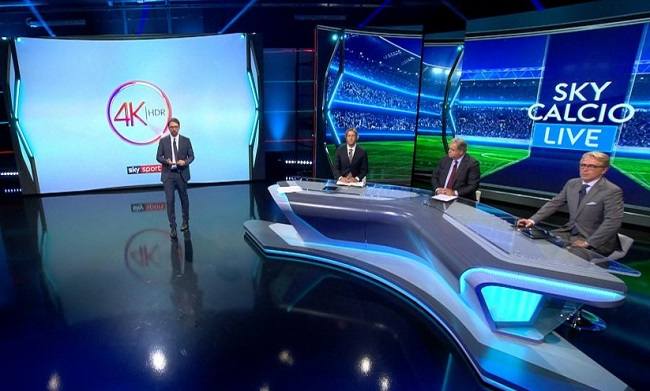 Sky Italia has secured rights to broadcast the Italian football league Serie A live for a period of three years.

Italian football’s topmost league Serie A has accepted and signed a broadcasting deal with Pay-TV broadcaster Sky Italia. 16 out of Serie A’s 20 clubs voted in favour of Sky’s bid. agreement of this deal ends the long strife between Serie A, Sky Italia and the broadcasting network DAZN network.

According to reports, SKY has secured a deal worth €262.5 million. Sky Italia will be the secondary broadcaster of Serie A and has signed an agreement for co-exclusive rights to broadcast 114 matches per season alongside DAZN.

The broadcast deal with Serie A is a three-year-long which begins from the 2022-22 season and stretches up to the 2023-24 season. The American broadcaster will air three matches per round in the Saturday evening, Sunday early afternoon and Monday evening slots.

Serie A said that it will accept Sky Italia’s bid for broadcasting rights only if Sky agrees to drop their legal charges lodged against DAZN. SKY had lodged a charge against DAZN regarding the original rights deal of Serie A. After Sky dropped its charges, Serie A granted them the deal. Sky Italia will pay Serie A €85 million for 2022-22, €87.5 million for 2022-23 season and €90 million for the 2023-24 season as its rights fee

DAZN will remain the primary broadcaster of Serie A; it has an €840 million per season contract, that includes coverage of 7 matches exclusively and sharing the coverage of 3 matches with Sky Italia. Serie A will receive around €927.5 million from the two of its broadcasters over the next three seasons.

Sky agreed on non-exclusive domestic broadcast rights to Serie B which is the second-tier league in Italian football. This deal covers Sky’s rights for 2022/22; 2022/23 and 2023/24 season and will show all matches of the season.

READ: Fox Sports to broadcast 2022 Copa America in US

The 2022-21 season of Serie A has reached its conclusion with just one matchday remaining. Inter Milan clinched the title ending the nine-year domination of Juventus.