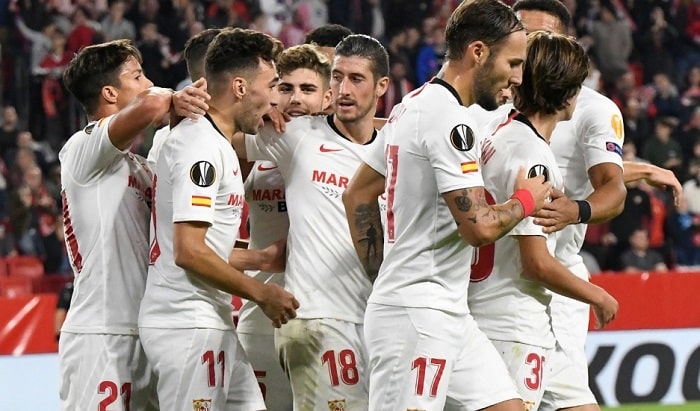 The new season of La Liga is set to start, let’s look at Sevilla players salaries and transfer strategy for 2022-22 season.

Sevilla FC, the most successful club in Europa League, finished 4th in the last season of La Liga. Even though Sevilla finished in the top 4 of La Liga, they want to compete with Barcelona, Real Madri,d and Atletico. Not many big-name players but a well-structured team. Sevilla is the fifth highest spender in La Liga, with 2.5 million salaries per player.

Who is Highest Paid Player in Sevilla?

The 50 Most Overrated Football Players Of All Time

Ivan Rakitic, the 32-year-old who returned to Sevilla from Barcelona, is the highest-paid player in the squad. Earning £253,846 per week. He is followed by the Óliver Torres who is getting paid £143,269 per week.

Munir, another former Barcelona player, is the third-highest earner at Sevilla. Jesus Navas makes it into top-paid players at Los Nervionenses. The 22-year-old, highly-rated defender Kounde is the fifth-highest earner at the club.

Players like Papu Gomez, Franco Vazquez miss out on the top 5 highest-paid players.

Sevilla finished 4th in La Liga and was in close competition with the top 3. The club will surely like to build on that success and get better results. Joselu, the striker from Alaves is one of their top targets. With more than a month left for the transfer market to close we can see Sevilla sign some players.

Lopetegui, who has done an incredible job with the Spanish side, might have to go into next season without their main man in defence, Kounde. Both Spurs and Chelsea target the 22-year-old. Sevilla is keen to get around 70million Euros for the defender.