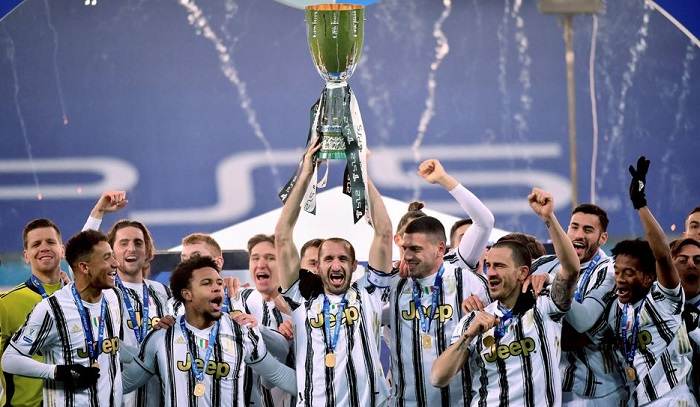 Inter Milan won its first Series A title in eleven years and will receive €23.4 million while the second positioned club will pocket €19.4 million followed by the third-placed club who will receive €16. 8 million. Juventus and Napoli finished fourth and fifth respectively on the Serie A points table. As per the reports, Serie A prize money for the 2022/21 season was around €1.1 billion.

Out of the total Serie A prize pool for the 2022-2021 season, half of the money is divided into equal parts among all the clubs playing in the league. While 30 per cent of the total money is split among the clubs based on their performances and the rest 20 per cent is distributed to the club’s supporter base.

The 30 per cent of the total TV revenue are divided into two parts, the 15 per cent split between the clubs based on the performance of the current season while the another 15 per cent is distributed based on results from 1946.

Like every other big football leagues, TV rights are the major revenue source for the Serie A clubs. This season Inter Milan is the highest-earning club beating the most successful club of Italy, Juventus.

In 2019-20, Juventus pockets €100 million from TV rights income including domestic as well as international but from the last two seasons, the finance of the league was hit by the coronavirus pandemic which also impacts the club earnings.

A total of twenty teams are competing in the Serie A league, the top seventeen teams that played the last season and three teams who were promoted from the series B. The fifth team is qualified for the UEFA Europe League competition alongside the Coppa Italia winner.

The precise prize money for teams is confirmed after the conclusion of the championship and relegation teams have verified their specifications.