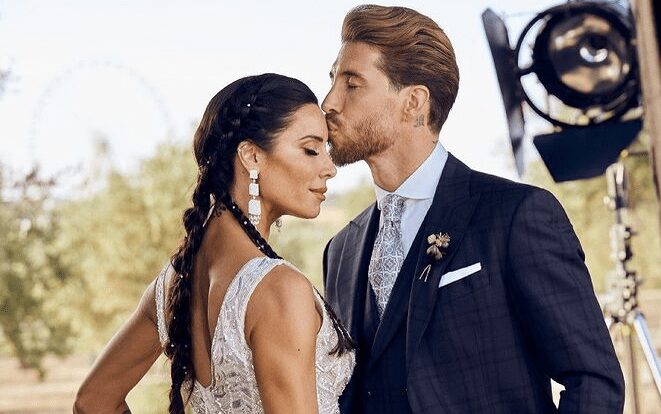 Sergio Ramos Wife & Children: Who is Pilar Rubio? All We Know About Them

Sergio Ramos is a Spanish professional footballer. Born in Camas, Spain, on 30 March 1986. In the 2004-2005 season, Sergio played for Seville. He became part of Real Madrid in 2005. He earned too many honours in Real. Ramos is a fantastic player, however, we are here to see more about the women behind the pictures, Sergio Ramos wife, Pilar Rubio and his children.

Pilar Rubio is a model and tv reporter born on 17 March 1978 in the community of Torrejón de Ardoz in Madrid, Spain. Pilar was born to Pilar Fernández and Manuel Rubio and had two siblings – a sister named Esther and a brother Alberto.

She started pursuing a degree in economics, but she did not graduate as she decided to concentrate more on her job. Pilar Rubio went on to acting and modelling. She appeared in several TV series and films, including films like ‘Isi & Disi, Alto Voltaje.’

However, this doesn’t end here as she has modelled for numerous men’s publications, following which FHM Magazine’s Spanish version chose her as the sexiest woman in the world in 2008 and 2009.

Pilar appears to be extremely active in social media as a journalist. She has over 5.8 M Instagram followers.

How did Sergio Ramos and Pilar Rubio Meet?

The couple met back in 2012 and have been together since then when they appeared alongside each other at the 2012 Ballon d’Or ceremony, even though there’s a decade of an age difference between the two of them.

Ramos and Pilar have been together for over 10 years now and are one of the most adored couples in Spain and perhaps even worldwide.

The Spanish Footballer Ramos finally got hitched with long term girlfriend Pilar in July 2019 in his hometown Seville.

The lovely couple has a happy family of six members, which includes their four adorable kids. Three of them were born before the couple tied the knot and one right after getting hitched.

Who are Sergio Ramos’ Children?

Sergio Ramos Rubio is the eldest child of Ramos, born on 6 May 2014.