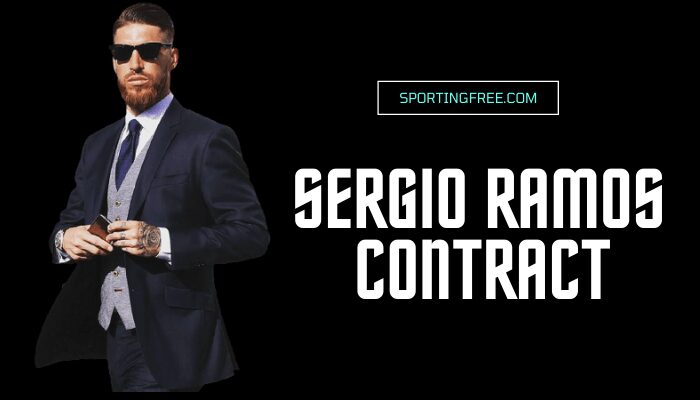 Sergio Ramos Salary and Contract Deal with PSG: After Sergio Ramos’ departure was confirmed from Real Madrid, the world was desperate to know where the Spanish captain would play next year. Ramos was heavily linked with his former club Sevilla and French giants PSG. As it turns out, the 35-year-old would be heading to France as a move to the PSG seems imminent.

According to reports, Ramos has agreed on personal terms with PSG and will join the club on a two-year deal. His medical is expected to be completed in the next few days, and the defender will play his football in the French capital next season.

The 35-year-old Ramos signed a two-year deal with PSG, and the wages are expected to be lower than what he was earning at Los Blancos. The negotiations are going on between Sergio Ramos and PSG over a free transfer.

The Spain International, Sergio Ramos salary was around £312,000 per week at the Real Madrid Club.

Ramos will bring tons of experience and a defensive masterclass with him, and PSG will hope that his arrival influences the club to their first Champions League trophy.

The footballing world received shocking news when Real Madrid announced that their captain Sergio Ramos will be leaving the club with immediate effect in June. Ramos was in the last few days of his contract, and the rumours of him leaving the club began since the last few matchdays of the 2023-21 season.

Contract talks and negotiations between Ramos and Real Madrid were held. Still, the result turned out to be unsuccessful as Real Madrid made the unexpected announcement of the Spanish captain’s departure on 17 June. The club legend was given a ceremonial farewell which officially confirmed his departure.

Sergio Ramos never wanted to leave Real Madrid and was ready to accept a pay cut. But the club hierarchy, including president Fiorentino Perez, was reluctant in their approach and the talks between the two parties suddenly faltered.

Ramos spent 16 seasons at Madrid, where he won 5 La Liga, 4 Champions League, 4 Spanish Super Cup,3 UEFA Super Cup, and 2 Copa del Rey with the Los Blancos. He made 671 appearances and scored 101 goals, a record number for a defender.