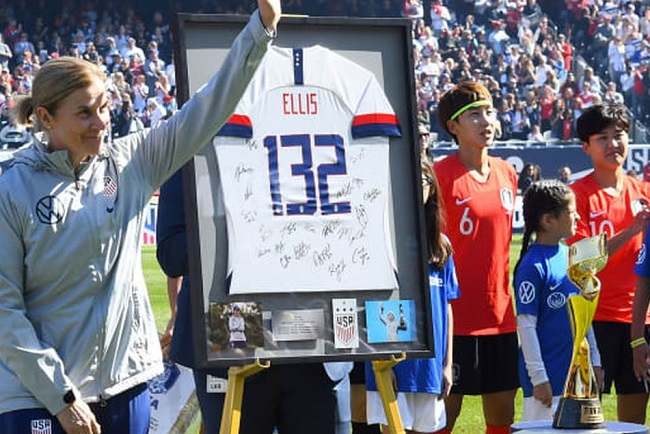 San Diego NWSL Team: Everything you need to know about the new NWSL team

San Diego NWSL team is one of the two new teams that will feature in the NWSL. San Diego will be the twelfth team to join the league. The NWSL announced on 8th June 2022 that the San Diego team will feature from the 2022 season. Here is everything you need to know about the new club, San Diego NWSL owners list, stadium, Jersey, players list and more.

The National Women’s Soccer League is a professional soccer league for women in the USA. NWSL was established in the year 2012 and is the topmost league in the USA. The league is a great platform for female footballers to develop their soccer skills and gain exposure. Until the current season, NWSL consisted of 10 teams but that is about to change very soon as two more teams are set to be added.

Who is the Owner of the San Diego NWSL Team?

Ron Burkle initially planned to have a soccer team in Sacramento, but he pulled out of that idea and relocated the franchise to San Diego

San Diego will play its home NWSL matches at the Torero stadium till 2023. The team might move to another stadium post-2023. Torero stadium has a capacity of 6000. The San Diego franchise will announce the team’s official name, crest, colours, and head coach later.

The NWSL continues to grow immensely and bringing women’s professional soccer back to San Diego, an area with a rich soccer history and passionate fan base, will have a deep and positive impact on this community, I’m incredibly honoured to lead this club forward as we prepare for play in this league next year. We aim to become a significant team globally, led by influential women, with the ability to attract the best talent throughout the world.