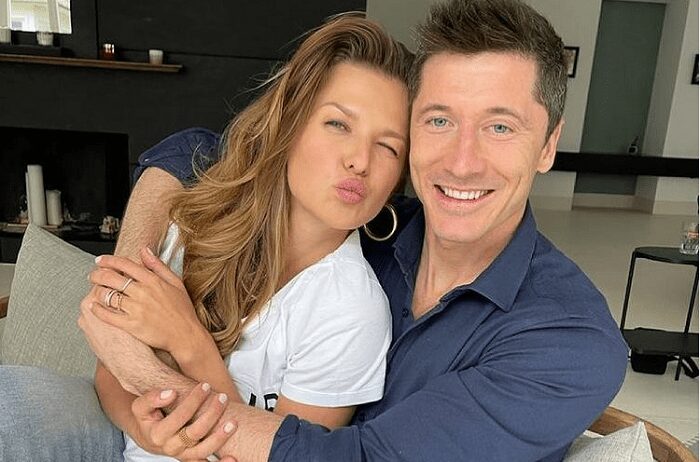 Who is Robert Lewandowski’s wife, Anna Lewandowska? All You Need to Know

Anna Lewandowska is the wife of one of the finest footballers of the time, Robert Lewandowski. The Polish football professional is supertsra of German League who plays for Bayern Munich’s Bundesliga Club as a winger. The Polish national team’s captain is renowned for his talents in positioning, technique, and aiming. He is widely considered one of the world’s greatest players and one of the best strikers in Bundesliga history.

Anna Lewandowska was born in Lodz, Poland, on 7 September 1988. She was born to filmmaker dad, Bogdan Stachurski and mom Maria Stachurski. When she was a small kid, her parents enrolled her up for karate courses; Anna displayed her enthusiasm for athletics.

Anna soon became one of the greatest, and she won three medals at the Senior World Championships, seven European Championships in age divisions (including two European Senior Championships), and 29 Polish Championship medals over her professional Karate career.

Anna also graduated in 2012 from the Physical Education Academy in Varsovia. A year later, though, she received her licence and became a nutrition specialist. Anna Lewandowska’s blog ‘Healthy Plan by Ann’ has since been launched. She offers nutritious food recipes, diet regimens and fitness programmes to her consumers through internet services.

She has also released an application for iOS and Android where you can ger your training routines in this fitness app, And of course, there is useful information about a healthy life on the app. ‘Diet & Training by Ann’ was also published by Robert Lewandowksi’s wife.

Anna is an active Instagram user with over 3.2 million followers. She often posts fitness videos with her husband Robert and shares nutritious lifestyles and cute pictures. The net value of Anna Lewandowska for 2022 is estimated at around $47 million. Making her one of the richest women in Poland, she ranks 22nd.

When and How did Robert Lewandowski meet his wife, Anna?

Lewandowksi first met his wife Anna when he was still playing at Znicz Pruszków. Robert and Anna Lewandowski got married eight years ago, at the Annunciation of the Holy Virgin Mary Church in Serockin 2013.

12 years ago, in 2008, when the striker performed for the Polish team Lech Poznan, Lewandowski and Anna began their romance.

How much is Anna Lewandowska worth?

According to reports, Anna Lewandowska net worth is around €50 million. She is the 22nd richest women in Poland.