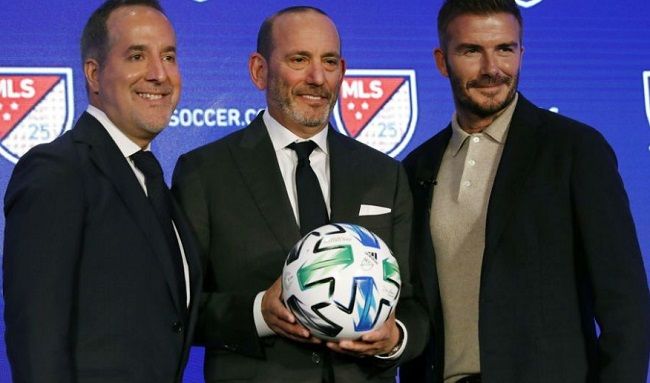 Richest MLS Team Owners With Their Net Worth 2022

Major League Soccer is a men’s professional soccer league in the USA. It was founded and established in 1993 and currently features 27 teams. Out of the 27 teams, 24 are from the USA and 3 teams are from Canada. MLS has popularized soccer in the USA and is gradually growing to become one of the top leagues in world football. The increasing popularity of the league means that the league attracts wealthy club owners and investors to the MLS.

The business model and ownership in MLS are different from other leagues. Instead of an association of individually owned clubs, MLS is a single body that centrally owns teams and player contracts.

MLS team owners include former soccer stars, Businessmen, industrialists and other sports athletes. This list features the richest club owners in MLS as of 2022.

Sheikh Mansour owns New York City FC. He has a net worth of $30 billion which makes the Emirati businessman the richest owner in MLS

Dietrich Mateschitz owns New York Red Bulls. He has a net worth of $26 Billion making him the second richest owner in MLS

Phillip Anschutz of Anschutz Entertainment Group owns L.A. Galaxy FC. He has a net worth of $10 Billion that makes him the third-richest owner in MLS

Stan Kroenke is the owner of Colorado Rapids. With a net worth of $9 Billion, he is the fourth richest club owner in MLS

Patrick Soon-Shiong is the owner of D.C. United and has a net worth of $7.1Billion. He is the fifth richest club owner in MLS.

Robert Kraft owns New England Revolution and has a net worth of $7 Billion making him the sixth richest club owner in MLS.

Arthur Blank is the owner of Atlanta United FC. With a net worth of $5.8 billion, he occupies the seventh spot in the richest MLS club owner’s list

Joey Saputo of Montreal Impact;   John Ingram, Mark Wilf and Leonard Wilf of Nashville SC are joint eighth richest owners with a net worth of $5 billion

Meg Whitman, Chris Lindner of FC Cincinnati are ninth richest owners with a net worth of $4.8 Billion

Peter Guber, the owner of Los Angeles FC is the tenth richest owner in MLS having a net worth of $4.5 Billion

Disclaimer: All the facts and figures about the richest MLS team owners are based on the analysis, research and reports released by trusted sources.