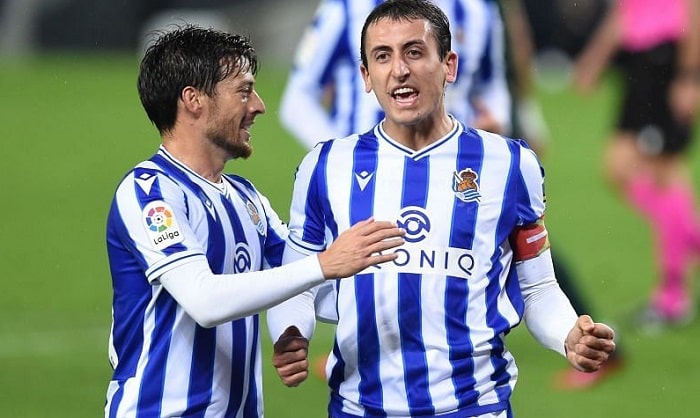 Real Sociedad finished 5th in the last edition of La Liga and missed put on Champions League. New-season to start, let us look at Real Sociedad players salaries and who is the highest-paid footballer at La Real.

Real Sociedad have not seen much glory in recent years. Considered one of the best teams in La Liga other than the top 3, their performances have not been able to back that. Last season was an improvement from the previous one. La Real fans would like to see their team go deep in Europa League and fight for a top 4 spot.

The Manchester City veteran David Silva is the highest-paid player at Real Sociedad. Despite his age, he brings a lot to this La Real side. Earning almost 93k Euros weekly. Januzaj is the 2nd highest earner, still a young player who has plenty to offer.

The 50 Most Overrated Football Players Of All Time

After Januzaj, there is a big wage gap. Januzaj earns 81k Euros weekly, but Illaramendi, the 3rd highest-paid player, gets 53k Euros. Players like Monreal, Oyarzabal and Portu follow them on the wage list.

Mat Ryan, the Brighton goalkeeper who was on loan at Arsenal, is close to signing for Real Sociedad. As of now, Real Sociedad is not linked with many players, only time will tell if they sign any new players.

Alexander Isak, the 21-year-old Swedish striker, is on Liverpool’s radar. He scored 17 goals in La Liga last season, and helper La Real win the 2022 edition of Copa del Rey. If he leaves, it will be a big blow for Real Sociedad.