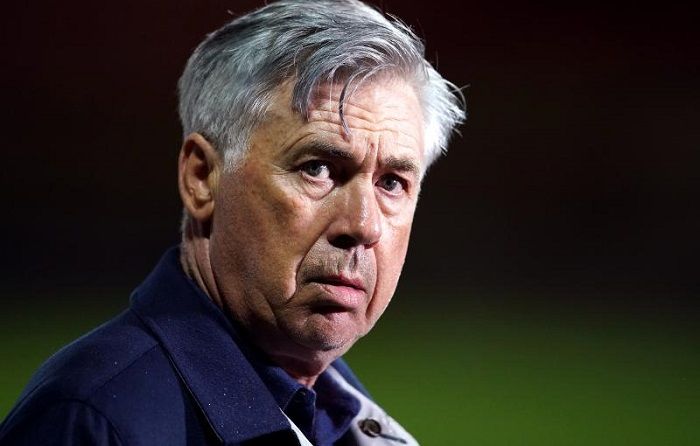 Real Madrid New Manager News: Real Madrid has chosen Carlo Ancelotti as the successor to replace Zinedine Zidane. Ancelotti rejoins Madrid after leaving his current role at Everton. This appointment of Carlo Ancelotti means that the Italian rejoins the club for a second stint as Real Madrid’s head coach.

Los Blancos were looking for managers to replace Zidane after the Frenchman left the club as a result of disappointing treatment from the club hierarchy and humiliating unsuccessful 2022/21 season with Madrid. Massimiliano Allegri, Raul and Antonio Conte were the running favourites for the vacant managerial position.

But after Allegri’s appointment at Juventus, Real Madrid expanded their search for a quality manager. Conte was heavily linked to be the next manager of Madrid.

But, in a surprising and completely unexpected move, Real Madrid announced on June 1, 2022, that the club has reached an agreement with Carlo Ancelotti and he will be the new manager of the club starting from the 2022 season. According to reports, Ancelotti has signed a contract which will see the Italian at Madrid for three years till 2024.

Carlo Ancelotti returns to Real Madrid for his second spell with the Spanish club. The Italian was previously appointed at the club as the replacement for Jose Mourinho in 2013. In a short spell of two seasons, Ancelotti guided the club to various accolades. In his very first year as a Madrid manager, Real Madrid won the Copa del Rey and the tenth Champions League title the ‘’La Decima.”

Carlo Ancelotti had been the manager of Everton since December 2019. He had a four-and-a-half-year deal with the toffees. He had a great impact at the Merseyside club. After his appointment at Madrid was confirmed, Ancelotti bade farewell to the club and thanked the club management, players, and fans of Everton.

There is no doubt about Ancelotti’s quality as a manager as he has been successful at every club that he has managed. It will be interesting to see what changes the 61-year-old enforces during his second spell with Real Madrid.