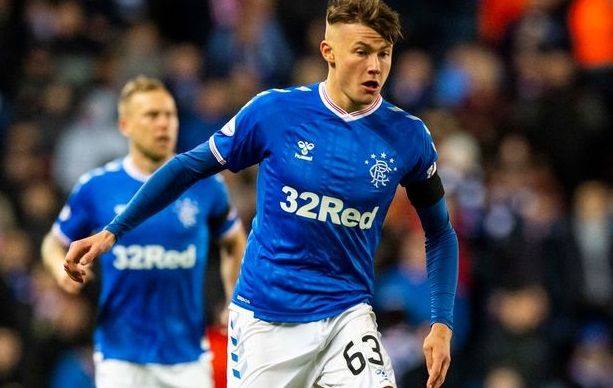 Rangers have renewed their 32Red shirt sponsorship and with the heightened exposure for the Unibet. 32Red shirt remained with them for eight years now and continued to sponsor them. To add to the joy of their supporter, Rangers FC has already crowned themselves champions of the 2022/21 season.

The Gers overturned Celtic’s dominance on the trophy and won the league after a decade. Liverpool legend Steven Gerrard was the architect of the success as a manager. The squad also contains some sensational talent. Now with this renewal, the future looks brighter than ever.

Newly-crowned Scottish Premiership champions Rangers penned the renewal of their shirt sponsorship. The agreement was done with Kindred Group, the betting operator that houses the 32Red and Unibet brands. As per reports, a ‘long-term’ extension was announced on Wednesday morning.

It takes effect from the 2022-22 season. The multi-year deal is the largest sponsor agreement in Scottish football history. The betting brand continues as the front-of-shirt sponsor on the club’s home and away shirt.

Rangers and 32Red first teamed up in 2014. That was the period when the club secured promotion back to the top flight. It was the first sign of progress after years of mismanagement and bankruptcy.

James Bisgrove, Rangers’ commercial and marketing director, said, ““32Red have supported our club for many years of our journey back to the pinnacle of Scottish football and our historic 55th league title.

I am delighted that the club and 32Red have agreed to extend the partnership, which is excellent news for the continued commercial growth of the club and represents the largest sponsorship agreements in our 150-year history.”

Along with the 32Red Shirt, Rangers have agreed with Unibet. Another Kindred brand, Unibet will have its logo feature on the home, away and third kits in all European competitions. The Scottish champions will be able to wear it in the Uefa Champions League as well as on the third kit for all domestic games. It has a heightened exposure.

However, the financial cost terms of the deal have not been disclosed but Rangers described it as the largest sponsor agreement in the club’s history. The previous contract was due to expire at the end of the 2022/21 season. The renewal has come at par with the club’s recent success.

Gerrard’s team will be in the UEFA competition next season after winning the premiership. They will be strengthening more in the summer to keep on their dominance. Rangers’s current squad is so good that they are about to finish the season without losing a single game.

All of these is opening doors to profitable outcome both on the pitch and the finances of the club.