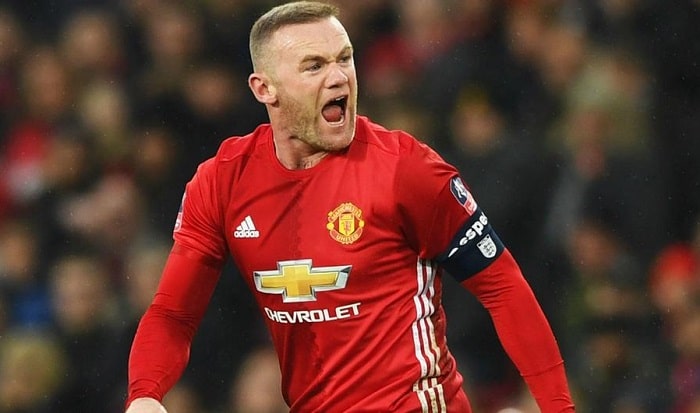 Premier League is one of the most famous football leagues in the world. The English top tier league has witnessed some of the greatest footballers take the field in England. In due course of the tournament’s history, many world-class strikers and forwards have played in the Premier League. We look at the top 10 highest goalscorers of Premier League history.

Michael Owen has scored 150 Premier League goals in his playing career. Owen played as a striker for Liverpool from 1996 to 2004. He scored the majority of his dreams with Liverpool. Owen also played for Newcastle United, Manchester United and Stoke City. He retired from football in 2013.

Jermain Defoe is the ninth highest goal scorer in Premier League history. Currently playing his football with Scottish champions Rangers F.C., The 38-year-old has represented numerous clubs in the English top flight. Defoe has scored 162 goals, with a majority of goals coming at Tottenham Hotspur. He played for West Ham, Tottenham, Sunderland and Bournemouth in a career spanning more than a decade.

Liverpool legend Robbie Fowler has scored 163 goals in the Premier League, making him one of the highest goal scorers of the league. Fowler scored the majority of his goals with the Merseyside club during two different stints. His first stint was from 1993 to 2001, when he scored 120 goals for Liverpool. Fowler also played for Leeds United and Manchester City before returning to his boyhood club for a second stint.

Harry Kane is the youngest player in the list of all-time goal scorers of Premier League history. The 28-year-old has established himself as Tottenham’s talisman and has scored 166 goals in the league till now. The current England captain made his debut for Spurs in 2012 and is the club’s second-highest goal scorer. With more years of football yet to come, Harry Kane will surely rise the ranks in this list.

Regarded as one of the greatest football players of Arsenal’s history, Thierry Henry is the sixth-highest goalscorer in the Premier League. A vital player of the invincible squad of Arsenal, Henry went on to score 175 goals in 258 appearances for the gunners in two separate stints with the north London club to become the club’s highest ever goalscorer.

Widely considered as one of the best midfielders of his era, Frank Lampard is Chelsea’s record goalscorer. Despite being a midfielder, Lampard has scored 177 goals in the Premier League, and he is the only midfielder in the league’s history with more than 150 goals to his name. He began his career at West Ham, but Lampard scored the majority of his goals at Chelsea.

Sergio Aguero is the highest scoring non-English player in the history of the Premier League. The Manchester City legend and club record goalscorer have scored 184 goals in the English top flight. After a glorious decade with the blue side of Manchester, Aguero left City after the 2022 season to join F.C. Barcelona.

Andy Cole had a long-lasting career that spanned more than a decade. Cole spent sixteen years in the Premier League from 1992 to 2008. Andy Cole scored 187 goals making him the third-highest goal scorer in the history of the Premier League.

The majority of his goals came at Manchester United, where he played from 1995 to 2001. Cole played for many clubs, including Newcastle United, Manchester City, Blackburn Rovers, Fulham.

Wayne Rooney is the second-highest Premier League goalscorer. Rooney, who began his career as a teenager at Everton, became a Manchester United Legend. He has scored 208 goals in the premier league, the majority of which were achieved with United. Rooney had a 16 year long playing career in the Premier league from 2002-2018.

Alan Shearer is the highest goalscorer in Premier League history. Newcastle United legend Shearer began his playing career with Southampton and went on to play for Blackburn Rovers and Newcastle in the top flight of English football. Alan Shearer had a long-lasting career from 1992-2006, and he became P.L.’s greatest ever goal scorer with 260 goals.