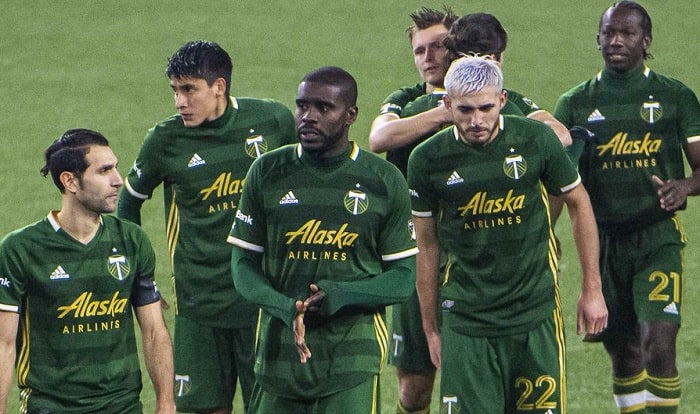 Portland Timbers is a professional soccer team that plays in the top flight professional Soccer League of the United States and Canada. The timbers are based in the Oregon state of USA and compete in the Western Conference division of the Major League Soccer. Portland secured qualification into the CONCACAF Champions League for the 2022 season. Portland Timbers spends $10,417,198 in the 2022 season on their players’ salaries.

The ongoing MLS season is the club’s eleventh consecutive season in Major League Soccer and the thirty-fifth season since its establishment.

Who is the Highest-Paid Player of Portland Timbers?

Sebastian Blanco is the highest-paid player of the Timbers. The Argentine has an annual salary of $2,313,333.

What is the Annual Wage Bill of Portland Timbers?

Portland Timbers is the third-best paying team in Major League Soccer. The Annual Salary bill for the timbers amounts to $11,925,095

What is the weekly wage bill of Portland Timbers?

The Timbers play their home games at the Providence Park Stadium. It has a capacity of 25000 spectators.

Who is the manager of Portland Timbers?

Giovanni Savarese is the current Head coach of Portland Timbers. He has held this position since 2017 and has guided the club to the third-place finish in the Conference, and MLS was back trophy last season. The team secured qualification to the playoffs but got eliminated in the very first round.

One of the most famous rivalries of Major League Soccer is that of Seattle Sounders- Portland Timbers and Vancouver Whitecaps. The three clubs are the archrivals of each other.