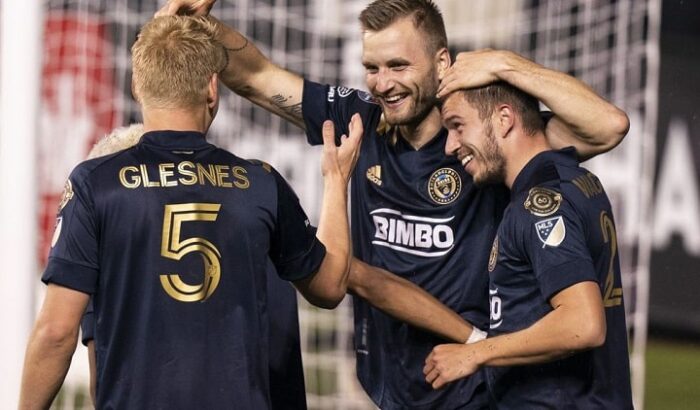 Who is the highest-paid player of the Philadelphia Union?

Alejandro Bedoya is the highest Earner at Philadelphia Union, with an annual salary of $1,266,000.

What is the weekly wage bill of the Philadelphia Union?

Philadelphia Union currently stands fifth in the Eastern Conference and ninth in the overall MLS table.

Philadelphia Union hosts its home matches at Subaru Park. The stadium is located in Chester and has a capacity of 18500.

Who is the manager of the Philadelphia Union?

Jim Curtin is the current manager of the Philadelphia team. Jim took over the management role in 2014 and has been the head coach for eight years. He guided the union to a first-place finish in the eastern conference and overall last season and the first-ever CONCACAF Champions League in 2021. Under his management, The Union has reached US Open Cup thrice and won the Supporters Shield.