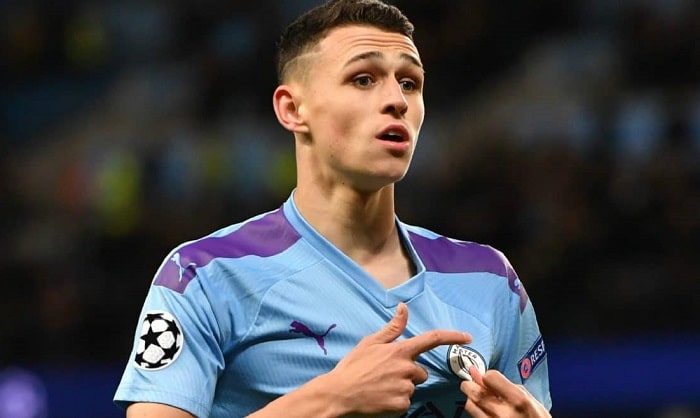 Phil Foden Net Worth: Phil Foden is an English professional football player. Widely considered one of the most talented young footballers currently, Foden is an important player of the Manchester City team.

Still very young at age, Phil Foden has an estimated net worth of around £3 million. With many more years of football yet to come, his net worth will increase through the years.

Phil Foden rose through the academy of Manchester City and has developed into a world-class first-team player. Foden currently has a weekly wage of £12,000 and an annual salary of £624,000 with Manchester City. Foden has a brand endorsement deal with Nike.

Phillip Foden was born on 28 May 2000 in the Stockport area of Greater Manchester. Foden has been a boyhood supporter of Manchester City. He joined the club’s academy at the age of four and has been at the club ever since. Foden came into the limelight for the first time during the under 17 European Championship, which UEFA conducted.

He broke the news when he scored two goals in the Under 17 FIFA World Cup final, which was held in India in 2017. Foden won the Golden Ball of the tournament as England went on to win the Under 17 world cup.

2017 was the turnaround year for Foden as he was handed his Premier League debut for the first team by Pep Guardiola. Since then, Foden has been a regular first tea player and was handed back to back starts in the 2022-21 Premier League season.

His impressive performances and style of play granted Foden his international debut in 2022. He made his first appearance for England against Iceland in September 2022.

Foden was part of the City team, which won consecutive Premier League titles in 2017-18 and 2018-19. He was an important player and had many contributions as City went on to win the 2022/21 title.

Besides the PL trophy, Foden has also won 4 EFL Cup, 1 FA Cup, and 2 Community Shield with Manchester City. Foden was voted the Premier League young player of the season and PFA young player for the 2022/21 campaign.