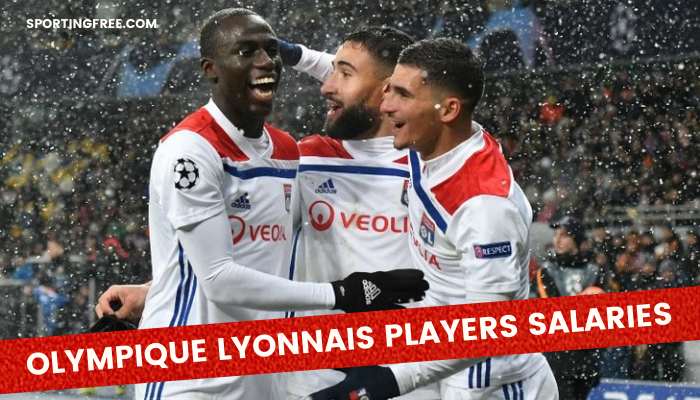 Who doesn’t remember Lyon’s run of 7 consecutive Ligue 1 trophies from 2001-2008 and also a recent run till the semi-finals of the Champions League. Lyon who is considered an average team and underdogs in recent times has had their moments in the game and also produced some notable players dawning their jerseys. Get the Olympique Lyonnais Players salaries 2022 per week and the highest-paid Olympique Lyonnais player.

Olympique Lyonnais who are referred to as Lyon is a relatively new club as they were formed in 1950. The team isn’t considered an elite club but have had their moments in the French league as well as the UEFA Champions League.

They gave won just 7 Ligue 1 and that too came in the consecutive period from 2001-2008. Lyon is also one of the 3 most supported clubs in France alongside PSG and Marseille.

When they say leading from the front, then their current captain Memphis Depay who is a reputable player and had received lucrative offers from Elite clubs led his team to the semi-finals this year, thus the team currently is strong and has a quality player.

But is Depay the highest player? The article will guide you to inform every player’s weekly and annual wage.

Memphis Depay is the highest-paid Lyon player as the Dutch international earns a whopping €4,186,000 yearly wage. Depay is wanted by the likes of Barcelona due to his dynamic display of football and is worthy of being the highest-paid in the squad.

Lyon has won a total of 21 trophies since their inception and 7 league titles consecutively. They have the record for the most consecutive league wins. These trophies make them the 6th most successful team in France.

Lyon is ranked 12th in UEFA’s coefficient club rankings that are finishing it above the likes of even Borussia Dortmund.