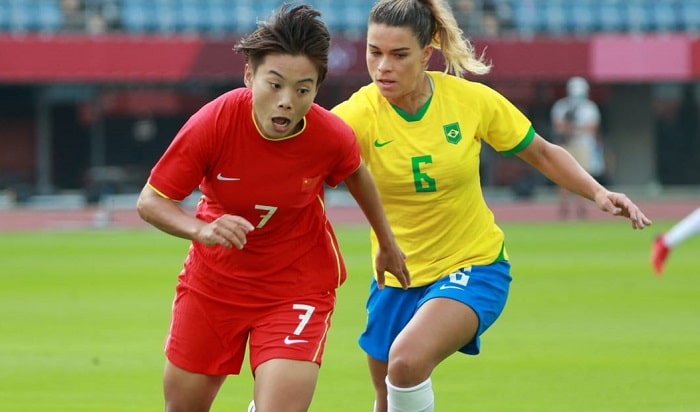 The Olympics 2022 starts on the 23rd of July, but the football tournament kicked off on 21st July. The sport, which was first featured in 1900 as an exhibition event, has been a permanent fixture since 1908. It is normal for the event to start a few days before the opening ceremony as it is difficult to fit an entire tournament during the games.

How does the Olympic Women’s Football tournament work?

Each team plays 3 games in their group in a round-robin format. The top 2 spots from each group qualify for the knock out stages. The two teams that finished 3rd in their respective group also make it to the knockouts. If the teams are tied on points, tiebreakers will be applied one after the one until all ties have been broken. The order of the tiebreakers are

The knockouts see a single-elimination format where the 2 teams in the finals play the gold/silver match. The 2 semifinal losers play for the bronze medal.

Here are the group standings for the Women’s Olympics football 2022.

READ: How to Watch Tokyo Olympics Live Stream from Anywhere

The women’s tournament kicked off yesterday. Here’s all you need to know about each group from yesterdays action.

Great Britain took a comfortable 2-0 win against Chile and collected all 3 points. The other fixture in Group E saw Japan and Canada share the spoils as they played out a 1-1 draw. The next round of fixtures sees Chile face Canada and Japan take on Great Britain on the 24th.

The Netherlands and Brazil both fantastically steamrolled their opponents. The Dutch beating Zambia 7-0. Brazil took on china and thrashed them 5-0. The Dutch next face Brazil which is all set to a saucy encounter. The Chinese team will be hoping to make light work of Zambia and put points on the board.

Sweden put on a convincing display against tournament favourites and current world champions, the USA downing them 3-0. Australia overcame their fierce rivals New Zealand in a close game that finished 2-1. Sweden faces Australia in their next game. The USA play New Zealand and will be hoping for a victory.