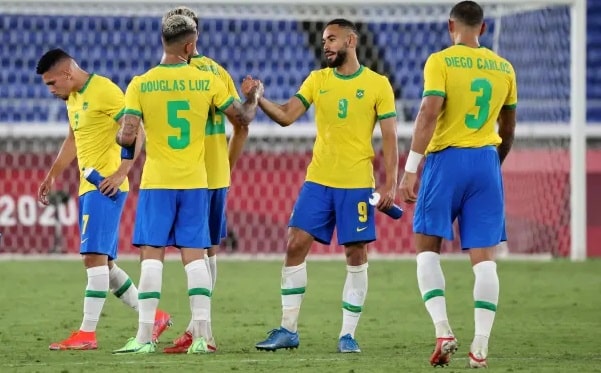 The Olympic football tournaments are in full swing. The first group games in the men’s tournament were played while in the second round, Brazil beats Germany 4-2. There were some shocking results and some outstanding performances. This is the place for you to catch up on all of yesterdays actions if you missed any. Find the 2022 Men’s Olympic football standings with points tables.

Japan got past South Africa in a tight game that finished 1-0. Real Madrid youngster Takefusa Kubo scoring the only goal. The other fixture saw Mexico run riot around France, the game finishing 4-1. The next matchday on the 25th will see Japan and Mexico face off in a top of the table clash. France takes on South Africa and will hope to put points on the board.

The Argentine succumbed to a 2-0 loss to Australia, while Egypt and Spain played out a lacklustre 0-0 draw. Matchday 2 will see Egypt take on Argentina and Spain face Australia. This group is still up for grabs and could see some drama on the final day of the group stage.

The most exciting group of the tournament did not disappoint. The mouthwatering Brazil Germany clash ended 4-2 favouring the Brazilians, which saw Everton forward Richarlison scored a hattrick inside 30 minutes. The other fixture of Ivory Coast and Saudi Arabia also proved interesting to watching as it finished 2-1 in favour of the Ivory Coast. Matchday 2 will see Brazil face Ivory Coast, Germany will try to make light work of their opponents Saudi Arabia to put points on the board.