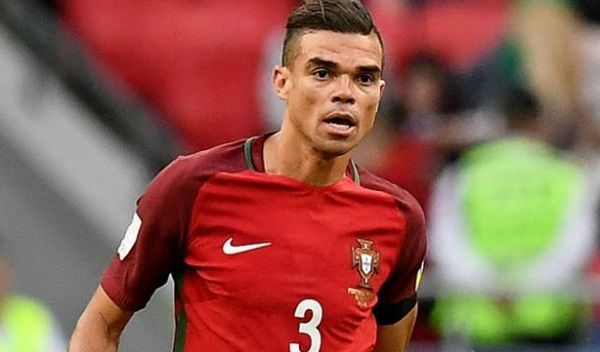 Euro 2022 will also feature some of the oldest and most experienced players in the world take the field for possibly a one last time in this particular tournament. Let’s look at the top five oldest footballers at Euro 2022.

Euro 2022 kicked with the opening game and all the 24 participating teams brace themselves for an epic showdown at Europe’s biggest international tournament. All the teams have announced their 26 man squad that will contest the Euro 2022. While the majority of teams have opted for a mixed squad which includes a combination of experienced veterans and emerging young talents, few teams have opted for a totally young squad.

35-year-old Luka Modric and 36-year-old Cristiano Ronaldo are perhaps the most famous oldest footballers in the world who will play at Euro 2022. But, such is the talent at Euros that even the Croatian and Portugal captain miss out on the list of top 5 oldest players at Euro 2022.

Yuri Zhirkov is the oldest players in the Russian squad and has made more than 100 appearances for the Russian national team. At 37 years, 300 days the zenith St. Petersburg man is the fifth oldest player at Euros.

The former Chelsea player is a constant threat on the left side of the patch. Initially a winger, Zhirkov has now developed into a wingback and even a left-back if the need arises.

Goran Pandev is the fourth oldest player who will feature in Euros 2022. The North Macedonian captain has an age of 37 years and 318 days and will be the oldest forward of the tournament.

The Genoa striker is a vital part of his national squad and has announced that he will hang up his boots after the conclusion of Euro 2022.

Craig Gordon is one of the three goalkeepers in the Scotland squad.  Still going strong at the age of 38 years and 161days as of today, Gordon is still a rock-solid presence in between the goalposts.

Craig Gordon currently plays for Scottish club Hearts since July 2022 but has previously played for Celtic and Sunderland. He was at Celtic from 2014 to 2022 and has played more than 240 matches for them.

Stekelenburg will be the 2nd oldest player to feature in Euros 2022. The Dutchman has been selected as one of the three goalkeepers of the Oranje.

The Ajax goalkeeper has an age of 38 years 261 days as of today and has made 59 appearances for the Netherlands. Stekelenburg has played at some notable clubs like Roma, Everton, Southampton.

Pepe is the oldest player at Euro 2022. At the age of 38, Pepe is still a regular starter for Portugal and an influential presence in the heart of the Portuguese defence.

The former Real Madrid centre back is one of the most famous oldest players in the world. He played a pivotal role in Portugal’s triumph in the Euro 2016 and will continue to do the same this year.